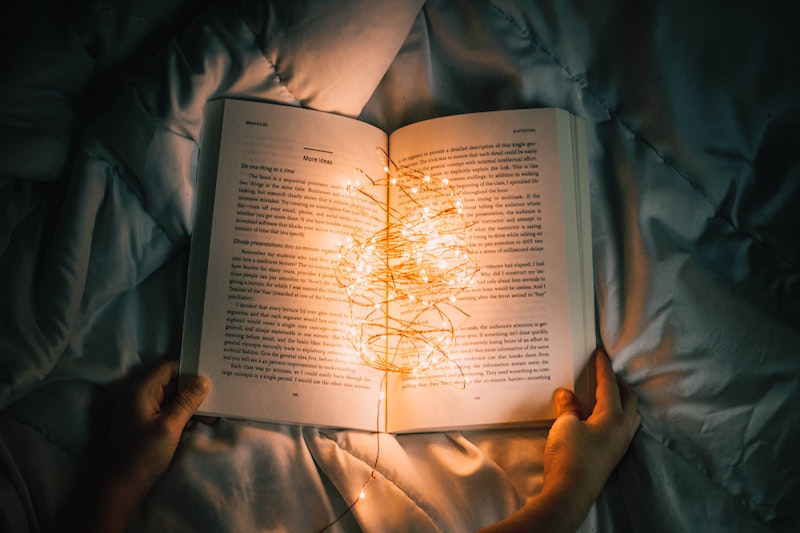 At the beginning of 2020, my plan was to revise one short story from my new collection each month. But 2020 had different ideas, and I’ve spend the last three and a half months on this beast.

That’s right–every morning, since February 1st, I’ve sat down and wrestled with this story. And I had almost reached a point of giving up on it when the author Matt Bell shared some of his struggles with his own WIP on Twitter, which gave me the will to go on.

The story is “done” now, finally–a 10,000-word novelette, as they’re known, set in the back-to-the-land community where I grew up, in the vein of Stranger Things. And now that I’m looking back on the whole evolution of this story, I can see that the earliest version of it–the seed that it sprung from–is just as inscrutable to me now as it was then. Despite all the work that I’ve done, in building my castles in the sky down to the ground.

I’m going to share those first words here–the ones that won’t appear anywhere in the published piece (when I find a home for it!) but nevertheless set the whole direction of the story. The words that I basically read like tea leaves, to create a real story from, years later, and at a great expense of effort.

And I suppose the reason I WANT to share them is because it meant so much to me that Matt, an author I know only on the internet, was so honest about his own struggles with his creative work–both the grit of the work and the deep mystery of it.

Too often, all we see is the end product of the creative process. Which keeps us from seeing the process itself, and just how challenging it can be to engage with. But the more we’re honest about this, I think, the more we open the door for others to fruitfully engage with that process for themselves.

Here then are the tea leaves, the proto-passages of “In Blackwater Woods:”

Every house is haunted.

Haunted by the lives of others.

Haunted by the memory of water, which flowed once beneath its great foot.

Haunted by old battles, fought upon the ground on which they stand.

Haunted by the ghosts of great trees.

Haunted by other houses, fallen.

Our houses are haunted, like all others, but differently. Our parents built them, one room for every summer of our lives. During the winters, we lived within the rooms of our previous summers, the first of which contained a fire.

We curled up before our stoves as the north wind culled the loose limbs from the trees outside, burning wood our parents had split and stacked and hauled, felled from the forest that loomed behind our houses, our back forty, or thirty, or ten.

As kids, we braved the snow to do our business on a cold white seat atop a box filled with bark mulch, fearing the forest, fearing the manitous from the book of Native American folktales our parents had thought would make us more thoughtful, more aware of the history upon which our houses were built.

This forest, we knew, was not our forest, but that of the Ojibwa. It had once stretched from Lake Superior south to the great black swamp at the heart of Ohio, home to thousands of those small shrines the white settlers had found so unsettling.

We feared the winter, the long dark.

We feared the deer, their faces in the dim light of day.

But most of all, we feared having to venture out in the midst of a snowstorm, the shapes that would materialize out of the skirling snow and, just as quickly, disappear.

What kind of story is this?

This is a story about how to prevent a haunting.

How will we prevent his spirit from haunting us?

By destroying the objects made magic by his hand.

By what means did he make them magic?

By his time and attention, he made them magic.

By what means will we destroy them?

By fire, water, or by burying them in the earth.

His memory will not burn.

Water then, but only the darkest.

In Blackwater woods, the mind wanders.

And memory is the province of the mind.

PS. Want to join me in the speculative fiction sandbox? One seat has opened up in my sold-out class, Worldbuilding 101! Message susan [at] susandefreitas [dot] com to claim it.