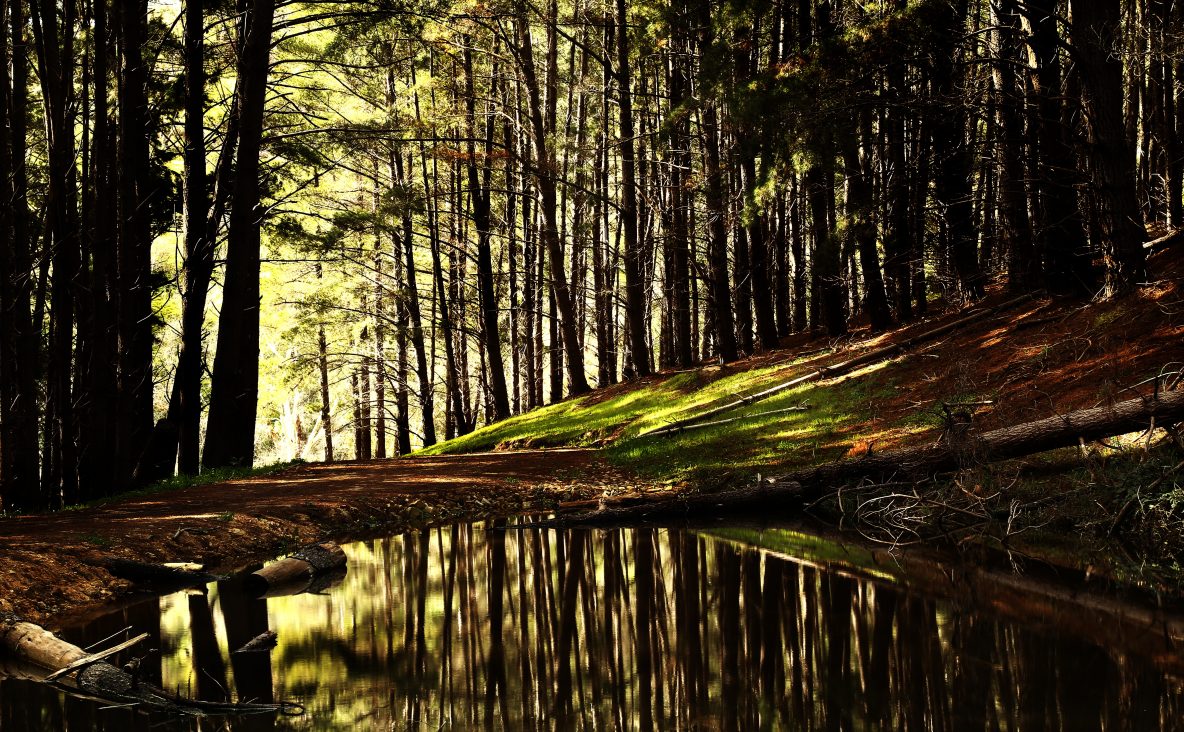 I have dabbled in New Age spirituality, Buddhism, and Christianity in my life, but my true religion is poetry.

I converted to it when I was seventeen, at the Interlochen Arts Academy, where I was given a book called Contemporary American Poetry, the fifth edition. It is a book that contains multitudes—to me, it is a grimoire, a codex, a key.

Though I was young, I recognized these people as artists of the highest caliber, and though I was already addicted to fiction in a way that all but ensured it would become my vocation, I saw that poetry was perhaps the truest form that human experience could take, the most sublime exchange of consciousness of which we are capable—the most rarified and at the same time, the most practical.

Because a poem is an object that can be held by the mind; it can be memorized. And its truth can survive as a fragment, unlike the truth of narrative.

Over the years, the Holy Bible, Koran, Lotus Sutras, and Tao Te Ching have traveled with me from one corner of the country to the next; I return to these books once in a blue moon. (Though since I’ve moved to the South, I’ve tried to do better by the Bible.)

But I’ve returned to the fifth edition of Contemporary American Poetry so many times over the years that the cover has long since been lost. Its pages are dog-eared and yellowed; the titles of poems I have loved—some enough, at one time, to have memorized—are underlined.

I have turned to these scriptures in good times and in bad. I have found solace and challenge and mystery in them—some of the gravest wisdom, and some of the most irreducible strangeness. And always, I have found what I needed at the time.

Last week, I finished the third draft of a long short story, one that’s set in a version of the community I grew up in (a natural foods co-op). This story is an ambitious piece, to say the least: none of the characters have proper names; it features ten characters and eight scene changes; it works in the slipstream between reality and fantasy; and it has no POV character.

In typical style, I chose to share some very personal material in a very tricky way—which I know from experience meant my chances of failure were high. My critique group and Patreon subscribers were enthusiastic about early drafts, but that, I knew, was mainly due to its novelty; the story had not yet really landed its ambitions and found its form. It was also a virtually unpublishable length: 14,000 words.

But in my last revision, everything seemed to come together, and with the story cooked down to 10,000 words, it should indeed be publishable—as speculative fiction, if not literary.

As a writer, there is something about having communicated a personal truth for which you’ve never before had words—something, moreover, that you’ve never seen reflected in media of any form.

Maybe this experience is what Ursula K. Le Guin would call soulmaking, though I think it is part and parcel of evolution. When you’ve shared a story that only you could have written, you have added to the sum total of perspectives available to the human race. Whether or not it’s a helpful perspective, it’s a true one, and as the fossil record shows, any variation, in time, may prove adaptive.

Really, even if no one will ever read this thing that you’ve written—or even if only a very few will—it feels as if you’ve done part of what you were put here to do.

This story of mine is loosely based on a real event, the death of a young man who was part of my co-op, Jim Gritter. Jim was nearly ten years older than me, so I mainly observed him from distance, but I knew he and Jason (a big-brother figure to all of us kids) played Dungeons and Dragons—as a girl who read a whole lot of fantasy, this fascinated me.

Like me, Jim would become a writer; like me, he would get involved with high-school theater. I saw him as Charly in Flowers for Algernon, a story about an intellectually disabled young man who’s given an operation that turns him into a genius—but then the effect is undone, and eventually proves fatal.

In retrospect, it was a fitting role for a young man of such promise, hit with schizophrenia in his early twenties.

To write about Jim, I had to write about my “unintentional community,” established as a natural foods co-op in the late 70s. I had to write about growing up in and around handmade houses, in northern Michigan, close to the land; I had to write about what it was like to be part of tribe of wild children, subject to its own laws. To do all that in a single story was to court failure, because so many variations from the norm can be hard for a reader to keep track of.

After all, most mutations do not, in fact, prove adaptive. A creature with something halfway in between an arm and a wing isn’t a bird, it’s lunch—and for a long time, I feared that’s what this story would become: a maladaptive variation, unfit for submission, too weak (or just plain weird) to compete for publication.

The title of my story is “In Blackwater Woods”—though until yesterday, I really could not have told you why. But yesterday, having completed this bit of soulmaking, I opened the scriptures at random, and realized I’d lifted it, whole cloth, from Mary Oliver.

From a poem, though I’d forgotten it, I once knew by heart.

I was so moved by this poem as a young woman that I memorized it; I recognized the truth in it, though I did not have the life experience to understand those truths the way I do now.

Friends, even if this latest story of mine were to somehow find a wide readership—even if it were to become the sort of thing people who talk about literature talk about—this poem by Mary Oliver would outshine it by the power of a hundred suns, and outlive it by a thousand years.

Which is to say, if a fragment of this poem were discovered on a pottery shard by those capable of decoding it a thousand years from now, it would still be a fragment of great power.

It is one of the truest things I know. If I do nothing else with my life as an artist, I will carry this poem. I will never forget it again.

are giving off the rich

are bursting and floating away over

no matter what its

I have ever learned

leads back to this: the fires

and the black river of loss

none of us will ever know.

To live in this world

you must be able

to do three things:

to love what is mortal;

against your bones knowing

your own life depends on it;

and, when the time comes to let it go,