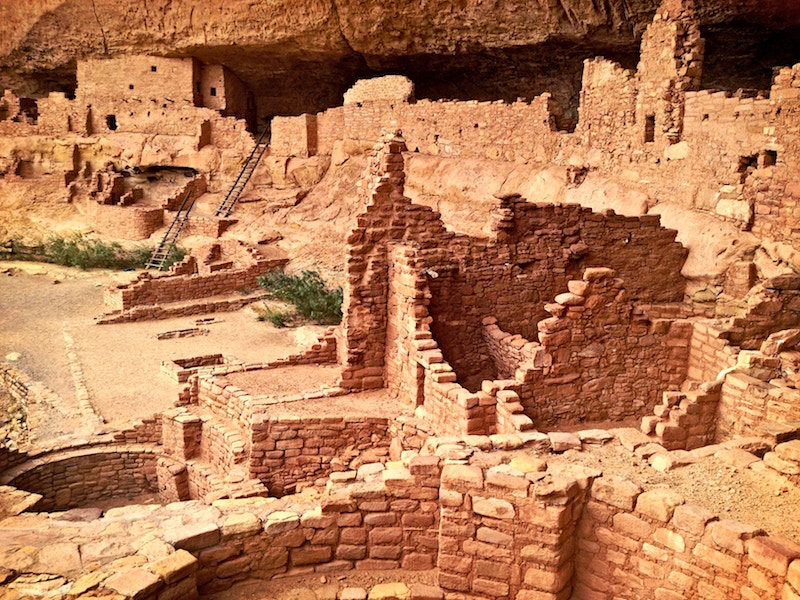 This month, I’m working on a brand-new full-length short story, “Via Logos.”

I’ve been working on this story for the last few months now, in and between travel and teaching and generally living out of a suitcase, and to say that I’m pleased to be home in Santa Fe, in my studio again, would be an understatement. =)

The story is set at a fictional version of Arcosanti, the “urban laboratory” designed by ecovisionary Paolo Soleri located just about an hour away from Prescott, Arizona, where I spent my twenties.

Arco is all futuristic concrete geometries–circles and domes, squares and rectangles–surrounded by stately cypress, shot through with fig trees and tangelos and blushing pink yucca, and it looks out over the vast Sonoran Desert. It’s a special place for many people, but for those of us who’ve spent much of our imaginative lives in science fiction, it’s a portal to another world.

This urban laboratory is always under construction, and over the years, many of my friends interested in sustainable living took up residence there as live-work volunteers.

That’s what the protagonist of my story has done, in the midst of a midlife crisis–he’s an architect who’s reconsidering his path in life, and the role of the built environment in the face of climate change. But there amid the geometries of the future, our architect finds himself drawn into the deep past–off the main path of the community, for which the story is named, and out into the desert, into the what poet Logan Phillips terms the “Sonoran strange.”

That desert is a place where paths appear as ephemeral as streams, leading sometimes to ruins inscribed with images of creatures unknown to paleontology, sometimes to those creatures themselves, and sometimes to nowhere at all.

“Via Logos” explores the relationship between nature and humankind, logic and dreams, and the clash between Western and indigenous cultures in the Southwest.