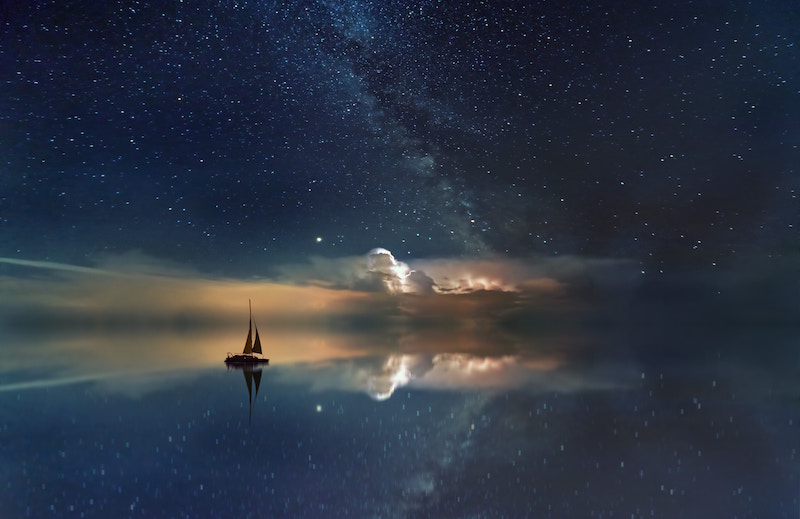 In my latest short story, I’ve been sailing. Sailing with some kids from Vashon, that island just south of Seattle, but some ways, a million miles away from it. It’s not a carless island, like Mackinac (at least until Pence got there), but it is one lacking in bridges, and therefore connected to the rest of the world primarily through watercraft.

I once met a woman who grew up there, and she told me that, as a teenager, a boat was far more important to her and her friends than a car. And I suppose that stuck with me over the years, along with memories of traveling with The Living Folklore Medicine Show up through the San Juan Islands when I was nineteen.

Our young bohemian circus troupe was greeted with such kindness among the good people of the San Juans–and in one case, up on Lopez Island, we were invited to attend an annual gathering that lingers long in my memory.

The host of this gathering went north to Alaska each year for the summer fishing season, and when he returned, he always brought with him a salmon feast for everyone on the island; the islanders in turn brought the bounty of their gardens, their home-brewed beer and homegrown weed and songs and stories.

Some of these folks, like my crew, knew how to juggle and spin poi and tumble and do magic tricks–and under the light of a full moon, in the rich green of late summer in the temperate northwest, I knew I would remember that night for the rest of my life.

Oh, and did I mention the rabbits? The San Juans are infested with invasive rabbits, tame as milk, and while I was there, I saw hillsides covered with them in the park where we performed.

This month I’m weaving these memories from my late teens into a story that’s a bit of a coming-of-age quest. In it, two high school seniors, Siler and Sam, from equally overachieving families are feeling the pressure to figure out what they’re doing with their life, to choose a path.

They “run away” to the San Juans on Siler’s sailboat, in search of a legendary underground phenomenon–a full-moon festival put on by the circus tribes of the West Coast exclusively for themselves.

Do they find what they’re looking for? Yes and no. But what they do find, they’ll remember the rest of their lives.