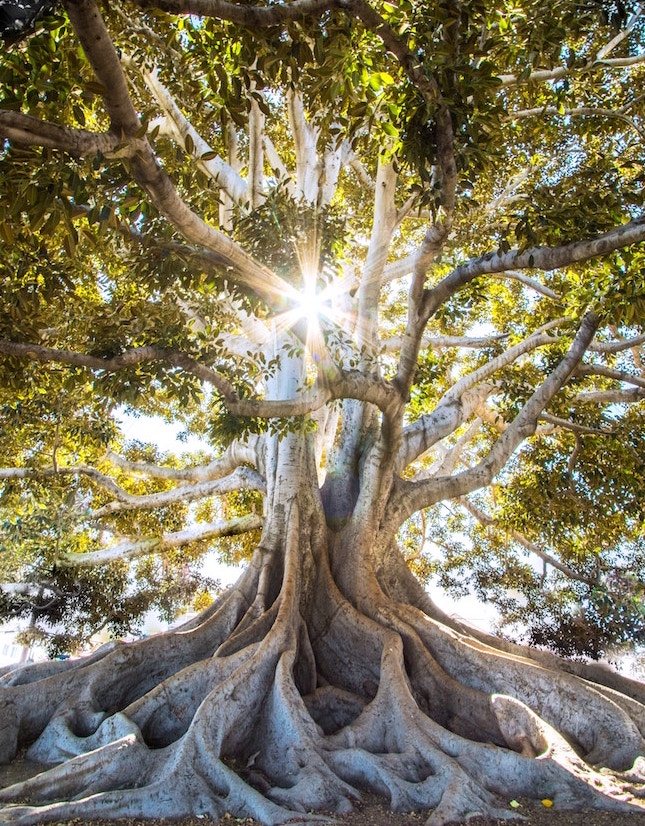 Few are the books we read in adulthood that change the way we see the world. The Overstory, by Richard Powers, is such a book for me, and The Overstory is all about trees.

Employing a rotating POV, The Overstory takes a look at the lives of many characters, each of whom have a connection to a particular tree–all of whom are deeply and intimately connected to each other, whether they know it or not, much the way trees and their symbionts are connected. The novel is set at a time of unprecedented destruction of the natural world–a time when the whole of humanity’s salvation lies with forests, even as we continue clear cutting. Which is to say, now.

Many of the characters in Powers’s novel are based on real-life activists, including those who resisted the clear-cutting of Oregon’s Warner Creek in the 90s, occupying the land there under the banner of Free Cascadia, and those who, frustrated with government inaction (and, in some cases, outright collusion with corporate interests), set fire to nearly $40 million in private property across the West.

Which to say, the same people I wrote about in Hot Season.

In my debut novel, the character Dyson Lathe is based a real person, Bill Rodgers, who was a member of a group of radical environmental activists known as The Family. I knew Bill, and after his death in FBI custody, I knew I had to write about him.

Apparently, upon hearing his story and those of others like him, so did American literary heavyweight Richard Powers, whom Margaret Atwood has likened to Herman Mellville in terms of his scope and ambition; Powers won the 2006 National Book Award for his novel The Echo Maker, which the WaPo calls “a neuro-cosmological adventure.” The Overstory could be called the same, but in a way that foregrounds the natural world–in particular, trees, and our relationship to them.

I purchased a copy of The Overstory in hard cover this summer, never having heard of the book, on the recommendation of a bookseller in Ann Arbor, Michigan. (Moral of the story: Always ask for recommendations from booksellers.) Around the same time, my husband happened upon a copy of A. S. Byatt’s Ragnarok: The End of the Gods in a secondhand store. (I’m a huge fan of Byatt, so I was stoked.)

I wound up reading these two books at the same time–Powers’s epic novel about the mystery, majesty, and central role of trees in the story of life on Earth, and the extreme danger to our kind in continuing to destroy them, and Byatt’s slim retelling of the Norse mythological cycle that spells out how the world will end, the result of disastrous overconfidence on the part of the gods. The two felt connected in more ways than one.

In the latter, I found an extraordinary description of Yggdrasil, the World Tree, upon which all of life depends. Which got me thinking: What if the ancient Norse were right? What if the world as we know it is utterly and completely dependent upon trees? The archetype of the tree in general, and living individuals in particular?

Mashing up these two inspiring works of art, I created my own, a flash fiction piece entitled “Treesitting in Yggdrasil.” In it, a young man experiencing a “so-called mental break” has stumbled upon the World Tree, Yggdrasil–a stunning behemoth of a tree, so immense that fish circulate amongst the pools between its immense limbs and a goat gambols up and down its mossy trunk.

The tree’s location isn’t always clear–there are places where it appears to be a Doug fir, others where it could only be a banyan, still others where it’s clearly a kapok, one of the titans of the Amazon. But in every place where it might be located, it is (you guessed it) in the direct path of a coming clear cut. What choice does our hero have but to take up residence in it, and resist?

This month, I’m sharing this story with my Patreon subscribers. If you’d like to receive a copy in your inbox, become one of them by the end of the month, and support my voice and vision in the world.