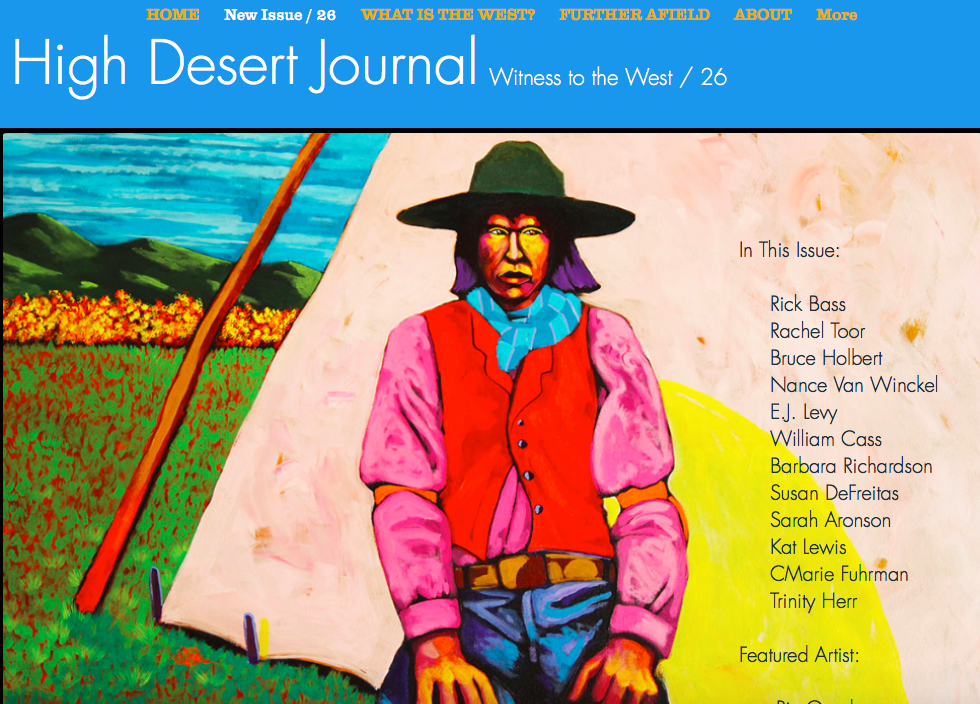 Friends, I’ve been sitting on this one. Until I had the space to really talk about it–the first fiction I have written about having had cancer.

The story is called “To the Fire,” and it’s featured in the current issue of High Desert Journal, alongside work from Rick Bass and Rachel Toor, two authors I admire. I also had the pleasure of being edited by Laura Pritchett, author of Blue Hour, a novel-in-stories set in Colorado that I absolutely loved.

Readers of my novel, Hot Season, will recognize the town where this story is set: Prescott (aka, Crest Top), Arizona, where I lived for fourteen years. The protagonist is a woman who has been diagnosed with an unnamed cancer that will require a full hysterectomy, eliminating her chance to have biological children.

I had the same surgery for the same reason nearly three years ago and received a clean bill of health after surgery; there was no grueling course of treatment and no recurrence. I was lucky, and I know it, and for that reason, I have not spoken much about the experience–there are so many who have gone through so much worse.

But that does not change the fact that I found myself staring down the barrel of my own mortality at thirty-eight–considerably earlier than virtually anyone expects to. Certainly earlier than I expected to. And in those days between diagnosis and surgery, I was struck by the sensation of not knowing my own story. What if the story of my life turned, “at the last moment, laughably tragic”?

The protagonist of “To the Fire” is a poet, and poetry proved a touchstone for the experience again and again. Like me at thirty-eight, her ambitions as a writer are largely unfulfilled, leading her to imagine her life as being, potentially, “a fragment, such as we were given by Sappho: So we must learn in a world made as this one / a human being can never attain their greatest desire…”

As a writer of fiction, feeling like my own story was so completely and utterly out of my hands was sobering. What if I “had no choice but to break my husband’s heart, my parents”? What could possibly redeem such a narrative? What kind of legacy would I be able to leave behind?

These are surely the same questions asked by anyone who finds themselves possibly dying young. And yet I had ever read an account in fiction of a protagonist in this situation, exploring this territory I’d somehow wandered into. So after the storm had passed, so to speak, I knew I had to write it.

I hope you enjoy reading “To the Fire.” And if you’ve found yourself in the midst of such a passage, I hope this story helps you to make sense of it, as writing it did for me.

More than anything, I hope it helps you to feel the importance of your own story, and the majesty of your own life.