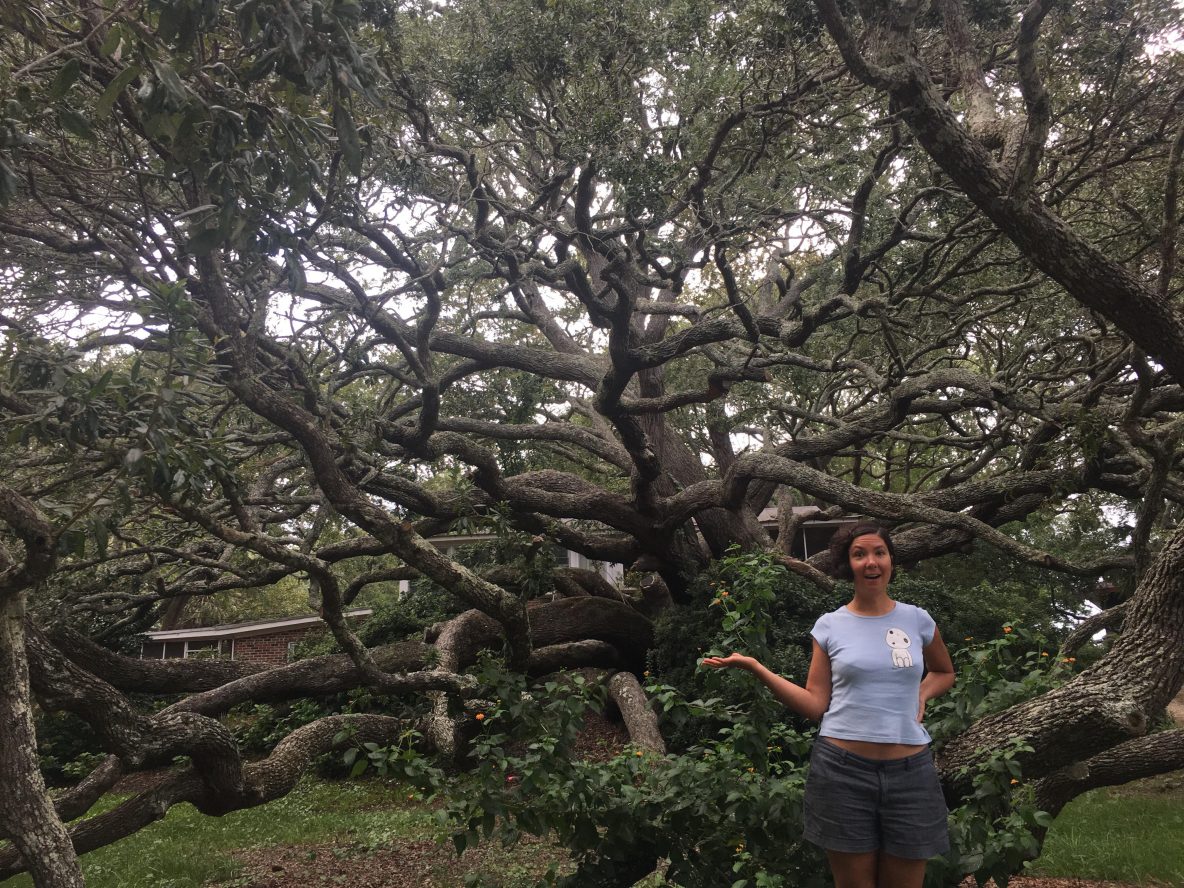 I was a fan of Edgar Allan Poe in high school, which gave me a taste for dark, twisty stories; my husband grew up on an island outside of Charleston, which has some dark, twisty trees. He grew up, in fact, on Sullivan’s Island, where Poe was briefly stationed as a soldier at Fort Moultrie, and where his famous story “The Gold Bug” is set.

Shortly after my husband and I decided that he’d accept a job offer that will take us to the Southwest, we began to compose our Charleston “bucket list,” which included a pilgrimage to what’s known on Sullivan’s as the Gold Bug Tree.

In Poe’s story, the giant tree under which the treasure is found is a tulip, or magnolia, while the Gold Bug Tree is a live oak–my assumption here is that the tree that bears this name is simply the largest one to be found on Sullivan’s Island at any given time. But what a tree it is!

Inspired by the encounter pictured above–in which I am, without forethought or planning, wearing a shirt that depicts a forest spirit, from Miyazaki’s classic Princess Mononoke–I went back and reread “The Gold Bug.” Immediately, I remembered why I had loved it when I was young.

My story takes place on Sullivan’s Island in modern times and draws from some characters I MAY have encountered around these parts (in composite, of course, and through the looking glass). It retains, I hope, the essential characteristics of the original, with a few dark, twisty twists.

“The Gold Bug Tree” goes out to my Patreon subscribers at the end of the month. Want to support my voice and vision in the world? Join them!