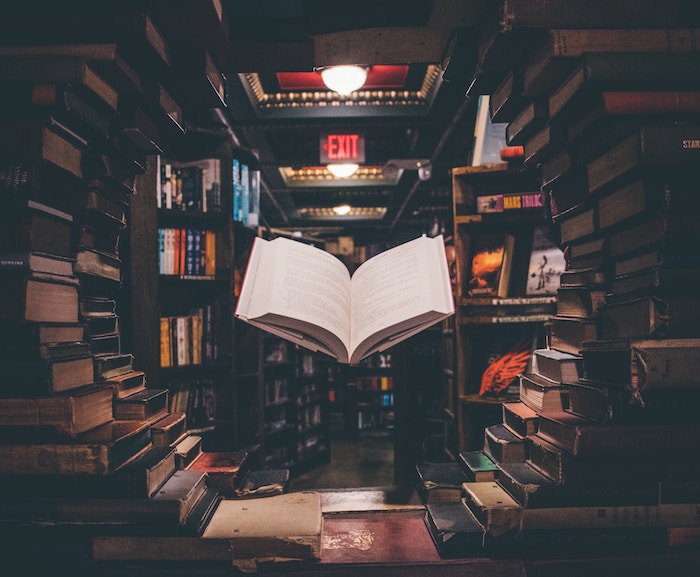 “Dating anywhere is difficult, but dating in a city full of seasonally affected passive-aggressive depressives like yourself is worse, especially when the gloom of the Northwest winter looms long and you are thirty-two and recently unexpectedly single and more comfortable, generally speaking, in a bookstore than you are in a bar.” So begins my latest short story, “The Ghost Lovers Club,” an epistolary romance set at Powell’s City of Books.
In grad school, I remember a teacher I was assisting tell a student that it was a mistake to start a story based on an aesthetic conception (as I recall, he was inspired by the cover of Herb Alpert’s Whipped Cream and Other Delights). She implied that the right way to start a story was with character.
It’s a standard bit of CW in CW (see what I did there?), and instinctively, I felt myself rebel. Surely the vast, various, Baroque enterprise of fiction could not be reduced to so simple a maxim. Years later, I still think so.
Years later, I’ve embraced my own starting points, which are inevitably aesthetic. In outlining my collection-in-progress, Dream Studies, I made a list of things that I like to find in my fiction, and they’re almost all aesthetic elements: games, puzzles, and secret messages. Old theaters, hand-built homes, punk flop houses. Circuses, parades, and secret societies. Mirrors, reflections, and dreams.
Epistolary romances? Definitely. And bookstores, of course.
The process of writing the story, for me, reveals whose story it is. A coherent backstory for the protagonist emerges, and what I discover about character often changes what I’ve conceived of as occurring. But for me, aesthetic comes first. I write first and foremost to inhabit a place of particular possibility, a particular moment in time.
In “The Ghost Lovers Club,” the protagonist, Ella, has recently gone through a breakup. Between the pages of a book at Powell’s, she finds a note. This note was most likely included with the book as a gift, once upon a time, but on a whim, she takes it, writes back, encloses it between the covers of the book, and puts it back on the shelf.
So begins a flirtation that may be real or may be supernatural, or may in fact be a rather odd case of catfishing. =)