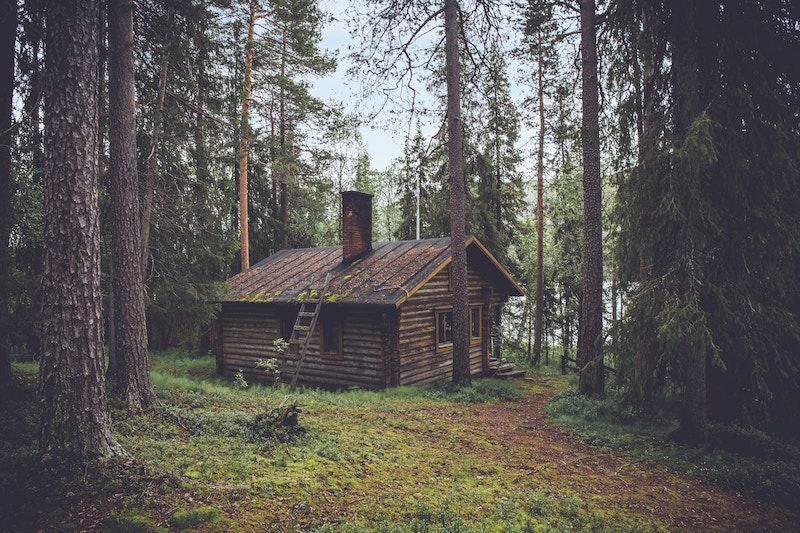 I love reporting from the heart of the creative process, and this month I am IN IT, working on a new short story that riffs on “Hansel and Gretel.”

The piece is based on a real episode from my life, when I was traveling with a girlfriend after high school and wound up basically helping to log a hillside on a former commune outside Asheville, NC. We were working for a older guy, former resident of this community, who claimed he was building an environmental education center, and warned us away from the woman who lived at the other end of the property in a little log cabin–though, as we later learned (from her), it was the guy we were working for that we probably should have been wary of.

I took that tale and made it taller and found resonances with a certain German fairy tale. And as I consulted my Grimm, I was struck by how patriarchal the story is, in ways I’d never noticed.

Hansel and Gretel’s father is a kindly woodcutter–though not kindly enough, it seems, to resist his new wife’s orders, when food runs low, to take the kids out in the woods and “lose them.” Hansel, clever boy, foils her plans with first breadcrumbs and then white stones, but eventually he and his sister can’t find their way home. At which point, starving, they come upon a little house in the woods made entirely of cake and begin to eat it.

Of course, that house belongs to a witch, and she immediately snatches up the hapless tots. Hansel she throws in a cage and feeds, in order to fatten up, but her eyesight isn’t so good, so she asks him to stick is finger out periodically, so she can tell if he’s fat enough to eat; Hansel foils her plans for him by poking a bony stick out of the cage, but eventually she catches on.

Gretel, meanwhile, is starved, as the witch works her to the bone with household chores (there’s never any mention of why the witch considers Hansel but not Gretel worth eating). Eventually, when the witch opens her big oven to see if it’s hot enough to cook that little boy, Gretel shoves her in. The kids return to their kindly father, whose new wife has, conveniently, died, and they all live together happily ever after.

Fairy tales are always strange, but I’m not sure that we have any idea how strange they really are as kids. One of the strangest things to me about this story–reading it as an adult–are the way the adult characters are treated: the two women (the stepmother and the witch) are bad, dangerous, powerful, while the man (the woodcutter) is kindly and practically powerless. Which is such an obvious inverse of how the world is generally arranged, and of where danger to children generally lies.

In reality, of course, the lonesome woodcutter is probably the one you’d want to be wary of, and the old woman your best bet for help if you happen to be lost in the woods, and in need of a meal at that.

I wanted to write a story that inverted those archetypes, while preserving the tale’s essential strangeness, and I’m excited at how it’s taken shape. =)