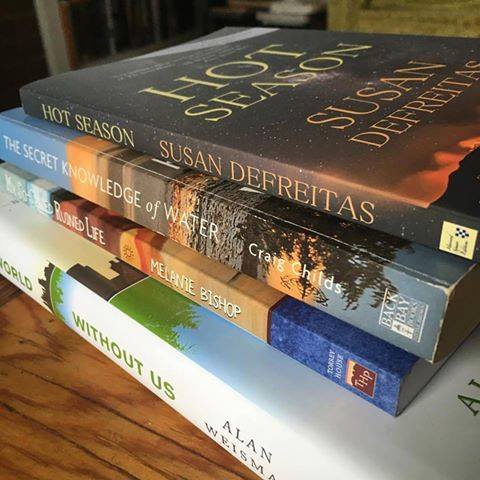 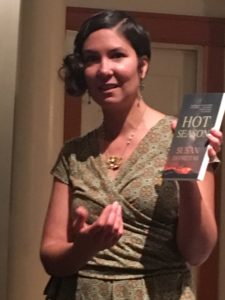 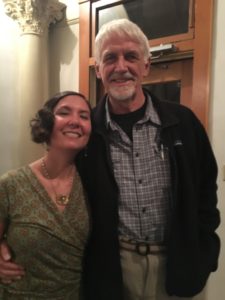 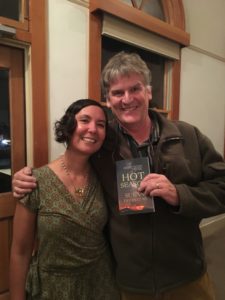 An excerpt from Prescott College: A Literary Legacy, which I presented on November 10, last week, two days after the election, in the the Grove Chapel of my undergrad alma mater:

Thank you for coming out tonight, in a week that I know has been pretty heavy, emotionally speaking, for all of us.

Yesterday I met Walt Anderson here on campus at the Crossroads Café, and I was struck by both a sense of déjà vu and the sense that many things, both about Prescott College and the world around us, had changed since my own college days.

When I was a prospective student here, back in 1995, my girlfriend and I drove up and down Grove Avenue at least three times before we spotted the college, and when we did, we laughed and laughed. We joked that the school looked as if it operated out of a defunct furniture store.

Now, these twenty years later, that school looks substantially more like a college, with such a beautiful campus—I can’t help but think that this place looks the way Holly and I had imagined it would when we first drove out West to check it out.

But as various teachers have noted over the years, the students look the same—and I think that’s pretty fascinating, that even when you look back over photographs of PC students back to the 70s, we tend to look the same, regardless of generation.

Some students I stopped to talk with on campus that day were bemoaning the lack of arts classes here at PC. One of them was wearing black, apparently mourning the election of Donald Trump—a man who has not only stated his belief that global warming is a hoax cooked up by the Chinese, but who now seems set to appoint outspoken climate denier Myron Bell to be the new head of the EPA. That’s without even mentioning his various offenses against minorities and women.

Needless to say, this stands in direct opposition to everything that Prescott College for the Liberal Arts, the Environment, and Social Justice stands for.

Talking to these students, it occurred to me that without the creative writing classes that I took here, I would not have written the book that I have, Hot Season. It’s a novel that’s set at a fictional version of Prescott College during the George W Bush years, and it concerns itself, among other things, the persecution of environmental activists by the FBI following 9/11 under antiterrorism laws.

It seems ironic to think that the world that book is set in, which seemed so intolerable at the time, might now wind up being a kinder, gentler version of the right-wing government we’re headed into.

But as I walked the campus, I also heard a student talking about her field classes—about being up at 7:30 a.m. to learn about rocks. The student was telling her friend something to the effect of, “Yeah, geology—it kind of blows your mind. In a good way. Every class.”

And it occurred to me that the rocks that student was learning about—the sandstone, granite, schist, and basalt—had borne witness to so many historic events, both natural and manmade, and had seen them come and go. I’m happy to see that this school is still pushing students to take a longer view of the world, to look at the bigger picture, and the larger story. And I’m grateful that many of those students, through classes like those taught by Walt Anderson and Tom Fleishner, are still gaining the tools to articulate both fact and feeling in regards to the natural world.

I have the feeling that in the years to come, we will need them more than ever.

Susan DeFreitas is the author of the debut novel Hot Season, which Read It Forward hailed as “earth-shatteringly good.” Available online through Barnes & Noble (ebook via Amazon).