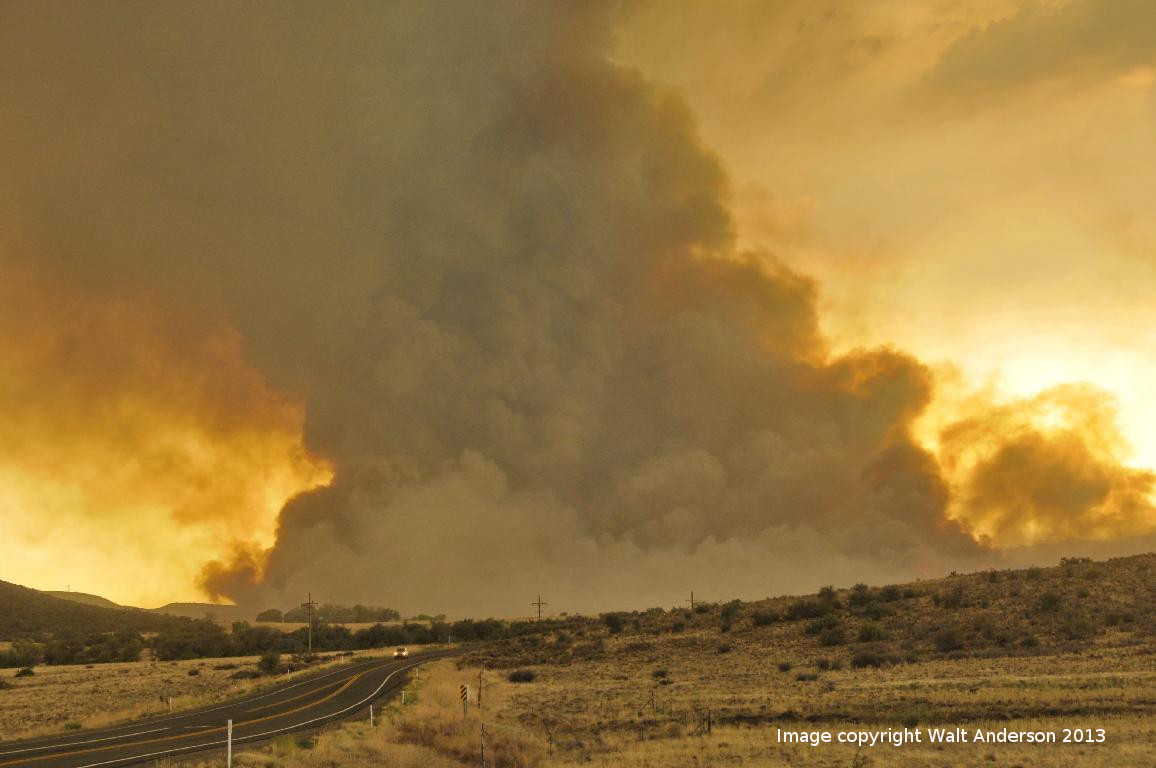 This week I’ll be posting each day from an essay-in-progress for the Week of Climate Action, in support of a global response to climate change. More info at People’s Climate Movement.

On June 30th, 2013, I was in Los Angeles with my brother and sister when I heard the news: 19 of the Granite Mountain Hotshots–the elite wildlands firefighting crew based out of Prescott, Arizona–had lost their lives in the Yarnell Hill Fire.

I had lived in Prescott for 14 years (though I’d recently moved to Oregon); my brother and sister both graduated from Prescott High. And all three of us had a connection to one of the fallen, Robert Caldwell.

Caldwell was just 23 years old when he passed. Both my brother and sister had gone to school with him; they remembered the great parties he’d thrown, what a kind and generous person he was.

When my sister turned to me that day and spoke his name—had I known him?—I felt the bottom drop out of my gut.

One of the strangest features of Facebook, to my mind, is the way it allows us to share the personal lives of others at a distance. It had been years since I’d seen Claire, an old friend from Prescott, but I knew the story of her life in the years that had elapsed–as she may, in fact, know mine.

When I first met Claire, she had just rolled in off of some type of tour–say, String Cheese–and was wearing both face paint and fairy wings. I was sitting at a coffee shop with my boyfriend at the time, I remember, and immediately I loved her laugh, her smile, the way she just obviously did not give a flying fuck what anyone thought of her; like me, this girl was a free spirit.

My ex later confided that our friend Joe gotten back together with her–despite some difficulties in the relationship, that boy was crazy about her.

Five or six years later, neither Claire nor I were quite so young and free, having endured both heartbreak and financial hardship. Claire had gone through a divorce and was waiting tables, I understood, to support herself and her son, when at last that wild girl with the infectious laugh caught a break and met the man of her dreams.

His name was Robert Caldwell. They’d been married less than two years.

I’d seen their wedding pictures: Robert in his handlebar moustache, looking like an Arizona lawman of the old school; Claire in her fairytale gown, off the shoulder, her tattoos resplendent alongside her perfect blond curls; and her five-year-old boy in his handsome suit. All three of them looked at each other that day like they couldn’t believe their luck.

I managed to hold it together in L.A. But on my way back home to Oregon, when I saw Claire’s tearful face on the news in the airport, I found myself openly weeping for her. For the loss of her young husband, the step-father of her boy. For the loss of that great true love.

And somehow, this grief opened a door inside me. Beyond statistics, beyond politics, beyond the things I thought I knew, I began to feel the truth.

The truth of the fire to come.