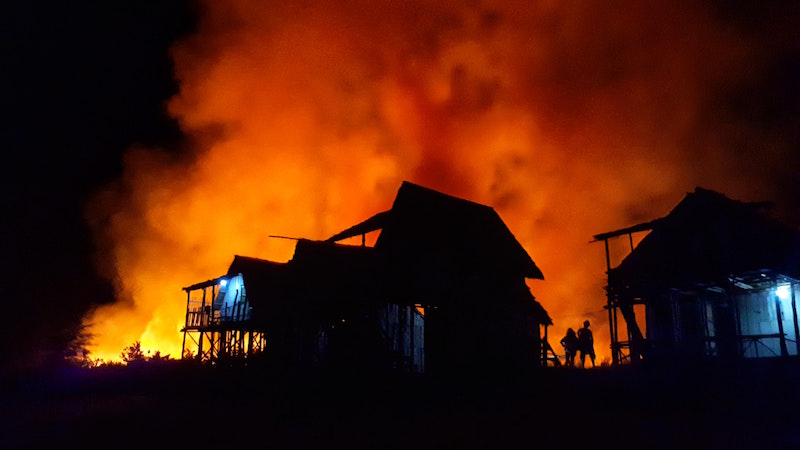 I write climate fiction. Or strive to, anyway. At times, the term seems to be treated as a subset of catastrophic, post-apocalyptic, or even dystopian fiction, and so far, that’s not been my approach.

My approach has been centered on the here and now, on the solutions that lie—maddeningly!—within our reach. Solutions like activism, “climate farming,” and the low-carbon lifestyle. Solutions like using art and magic to uproot the bad stories that got us here.

Even so, there’s no denying the fact that this revolution that’s coming (and I do believe it’s coming) may fail. And that the consequences of failure would be horrific.

Like most people, I understand, intellectually, that what science is telling us is the truth: We’re in the midst of the 6th mass extinction. We’re degrading the land, the air, and the waters of this planet to the point where they will sicken us, and in many places already are. We are at this very moment, through our inaction, sowing the seeds of endless war, endless summer, and hardship for our children.

But like most people, I can’t really feel it. Until a story forces me to.

That’s what happened last week, when I had the opportunity to read the first fifty pages of a work-in-progress for a new client. Her novel is climate fiction of the more familiar variety, set in a near-future dystopia, at an American refugee camp in northern Canada—but the effect wasn’t familiar at all.

Because this is not your standard “everything went wrong but it was inevitable” sort of dystopia. This is a dystopia in which the only one who even really remembers what went wrong is an older woman of a scientific bent, whom few take seriously. In this world, it’s religion people take seriously, because it tells them what they want to hear: That despite everything, God still loves them.

That’s the sort of shock I felt in reading the opening pages of this client’s novel. Because I knew in my bones the truth of what I was reading, the likelihood of just such a future reality, in which American climate refugees are treated by our neighbor to the north in much the same way we have treated our neighbors to the south. And yet, I had let myself forget. I had let myself get comfortable, settling for small gestures and small efforts, when what we need is radical collective change.

As our youth activists remind us, the house is on fire, and the children are inside. That’s a refrain with the power to break through the haze of inertia, to shock us into action by reminding us of the fierce urgency of this moment.

That phrase is also a story, conveyed in just a few words—and it’s stories like Vaye Watkins’s Gold Fame Citrus, like Richard Powers’ The Overstory, and like that of my client, that have most allowed me to feel that urgency, however much more convenient it might be not to.