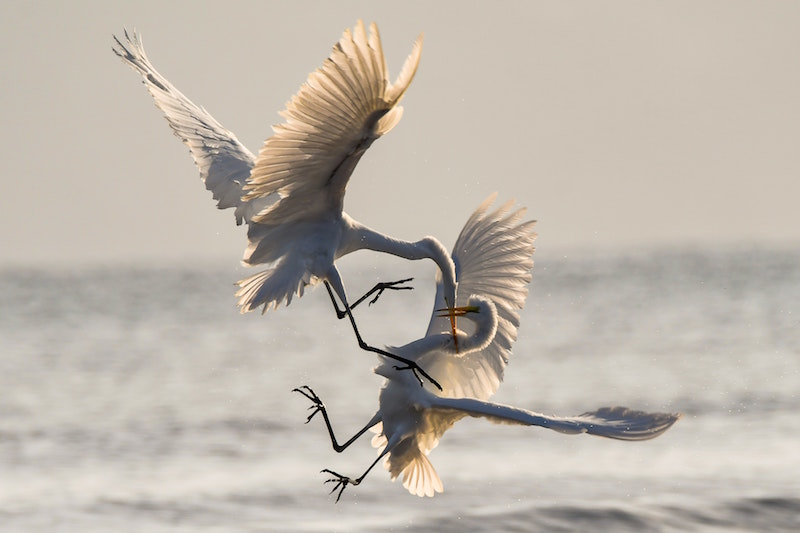 The poet William Carlos Williams said, “No ideas but in things.” It’s a refrain from a poem, and as such, Williams made no particular interpretation of it, but those who came after him have taken it to mean that poetry should focus on objects rather than concepts, on actual things rather than the abstract characteristics of things.

As a fiction writer and book coach, I have my own corollary: “No conflicts but in scenes.”

This is not to say that scene’s complementary opposite, summary, is not important. Summary provides background information, collapses time when necessary, and gives us the point-of-view character’s outlook on the world—and, often, their unique voice. As such, it’s a hugely useful tool, and one newer writers are often very much enamored of, because writing in summary makes us feel smart, like we’re performing the same sleights of hand as the storytellers we most admire.

But summary is basically the fictional equivalent of abstractions—thinking and talking about things, rather than actually showing them—and relying too much on it can absolutely kill a novel.

In her collection of essays on writing, The Wave in the Mind, Ursula K. Le Guin noted that scene is where emotion is generated in fiction, where the reader gnaws her hand, full of anxiety for the characters, or love for them, or the sense of being overwhelmed by the beauty of the story. Not in summary, but in scene.

The story coach Lisa Cron figured out why this is, basically, based on the latest in neuroscience: Scene is where the reader’s brain convinces them that they are the POV character, that they are experiencing this person’s lived experience for themselves.

John Gardner called fiction “The vivid and continuous dream,” and as it turns out, that’s not a metaphor, exactly: When we read fiction, the way our brains light up under fMRI is similar to the way it does when we’re dreaming. Just the way we can’t tell the difference between dreams and reality while we’re dreaming, we can’t tell the difference between fiction and reality while we’re reading.

Most writers know that a scene must have some element of conflict in order to work, whether it’s a shouting match or a quiet disagreement between friends. But many don’t realize that if there’s a conflict that’s supposed to be important in the novel, it actually must be dramatized in scene. Because if that conflict is just related in summary, it won’t feel real to the reader.

Scene is also a matter of emphasis, because taking the time to dramatize a conflict sends the message that this is an important element of the story. That’s why I always recommend that writers dramatize the major turning points of their novel: just the way the joints of the body reveal its structure via their articulation, dramatizing the turning points of a story articulates the essential structure of the novel.

Intermediate writers tend to get this, but often, they cut those important scenes short, writing right up to the point where things gets uncomfortable and then backing off. This results in scenes that don’t feel consequential, leaving the reader to wonder why they were dramatized in the first place.

It’s human nature: Conflict makes us uncomfortable. We empathize with our characters, and we don’t want them to suffer. And often, we don’t actually know what’s supposed to happen in that scene we’re trying to write, and not knowing is in itself pretty uncomfortable.

But this is precisely why it’s necessary to stay with the scene and “push it out,” as I put it. Readers come to fiction in order to witness conflicts and challenges they haven’t experienced yet, in a safe way—a way that might actually teach them something, without them having to experience all that unpleasantness for ourselves. If a scene cuts short before that can happen, the story begins to lose its hold on us.

Which is easy enough to say as a book coach; as a writer, I know how excruciating it can feel to stick with a scene that’s become uncomfortable but doesn’t actually seem to be going anywhere—a scene where I don’t know who’s going to say what or how any of it’s going to touch upon the major conflicts of the story. But I also know that there’s a kind of a magic when it actually does—a phase change, if you will.

You really never know what’s going to produce that shift, but you know you’ve got it when your characters surprise you in some way, or surprise each other—when something is revealed that was previously unknown. You know you’ve got it when there’s some reversal, as the screenwriter Robert McKee put it, meaning either a reversal of what the POV character or the reader expected to happen, going into the scene, or a reversal of power between the characters.

Which are really different ways of saying the same thing: You know you’ve got it when the scene has consequences for the story, moving forward.

So here, in a nutshell, are the most important things I’ve learned about scene, and my advice for fiction writers who want to level up with this element of craft:

1. Dramatize the turning points of the story.

2. If a conflict is supposed to be important in the story, make sure you dramatize it in scene (“No conflicts but in scenes”).

3. When the scene becomes uncomfortable to write, that’s a signal to push it out further, not to cut it short.

4. If you don’t know what the characters are supposed to say in the scene, throw the kitchen sink at it: any source of tension that the characters might plausibly bring to this section of the story is fair game, and you never know what’s going to produce that shift.

5. Push the scene out until either something has been revealed (to the characters or the reader) and/or until there’s a reversal of expectation or power.

6. Ask yourself: Does this scene have important consequences for the story to come? If so, chances are, you’ve nailed it. =)