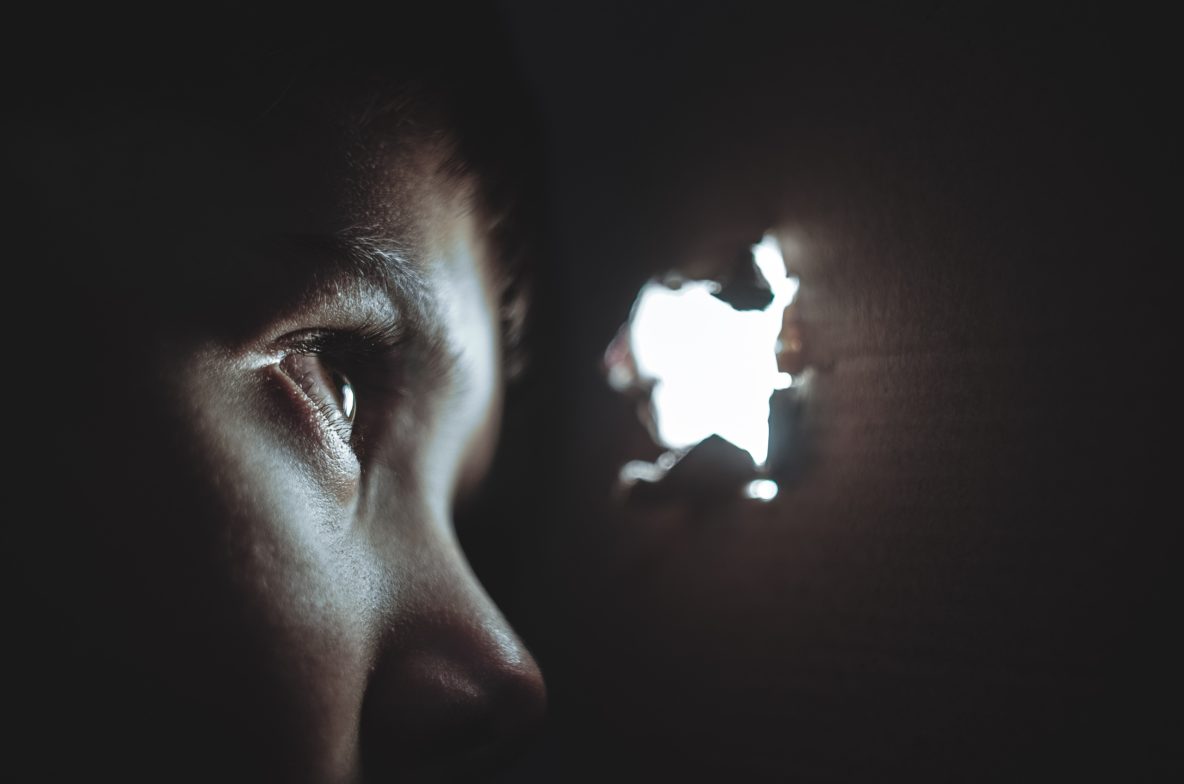 It’s a(n arbitrarily) new year, as Neil deGrasse Tyson points out—there is no astronomical significance associated with January 1st. It’s just the point when the Gregorian calendar year starts over, and in many ways, so do we.

Not because there’s one point where it’s possible to start over—that possibility is open to us at any time, though it often seems out of reach. I think that’s one of the most compelling aspects of Christianity: the invitation to start over, at any point whatsoever, and more closely approximate the person you would like to be.

Yes, I’ve mentioned Neil deGrasse Tyson and Christianity in the first two paragraphs of this post. Which leads me to what I am about here, which is starting over, as a better version of myself, or at least a more honest version of myself, in 2018.

In the introspection of the winter solstice—an event that does hold astronomical significance—and in the company of family and friends, in the break from daily life, I’ve realized some things about myself in 2017.

In many ways, I’ve been holding my breath against the news cycle. Against the loss of Escalante-Grand Staircase and the Bears Ears National Monuments. Against the knowledge that some of the last wild elephants on earth will die at the hands of trophy hunters due to the reversal of the US ivory import ban.

Against the ecocide of the planet, and the destruction of the sacred, more generally.

Need I go on? About the families being ripped apart by Trump’s immigration policies? About the young people who’ve never known any country but this one being forced to leave it? About the safety net that supports our poor and working class being cut away, every day a little more?

Even as I’ve called my elected representatives and written and posted and agitated as best I can, the truth is, I haven’t been letting myself really think about these things, much less really feel them.

Because the truth—of course!—is horrifying. The president is threatening thermonuclear war with North Korea, the FCC has delivered us unto the hands of Big Telecom, and our coastal cities, home to three-quarters of the world’s population, are sinking into the sea.

Here’s another thing I haven’t really been willing to engage with: the fact that I’m now living in a coastal city (part time, at least).

When my husband received an offer for a three-year fellowship position in his hometown of Charleston, South Carolina, the week after Trump was elected, the timing was not awesome. Or maybe it was—one major disruption made room for another, and off we went across the country, in our little blue Kia, with our disagreeable cat, to the capital of the old Confederacy, where we moved into what is known as a kitchen house.

This term is both literally true and euphemism for something else. Because this kitchen house was indeed where the kitchen of the fine old house in front of us was located, in the days before climate control, but it was also where the slaves who worked in that house lived.

I am what you might call a stoic person, a quality I inherited from my maternal grandmother, a Norwegian schoolteacher of unflagging optimism, in many ways this move, while necessary and important, has been difficult for me.

No doubt it’s that Scandinavian stoicism that has kept me from losing my shit over this dumpster fire of a year. But stoicism has another face, which is really no more than denial. Simply put, I’ve failed to engage with some difficult truths in the past year, for fear of despair.

I’ve kept my head down and my arse up, as my dad would say—I’ve stopped up my brain with work. I’ve kept myself busy to keep from really thinking about the news, for fear of what the news would do to my heart.

And though I haven’t hidden the circumstances of my life—that I’m splitting my time between the Northwest and the Southeast—from anyone in person, in my life online, I’ve simply pretended that I still live in Portland. Maybe because it seemed simpler that way.

Maybe because in my head that was still true.

In the dark heart of my fortieth year—and the emergence into a new one, however arbitrarily defined—it has occurred to me that I don’t want to go on living this way. Which is not the same thing as saying that I’m ashamed of the way I’ve lived.

But it won’t get me farther than this without making me numb, and dumb, in both senses of the word—voiceless and less intelligent. Because in order to be intelligent, you have to engage. In order to speak, you must listen. In order to keep feeling, you have to let yourself feel things you’d rather not.

I’ve always loved the New Year—for anyone addicted to optimism, there is no better time—and like others, I’ve often made resolutions I’ve failed to keep. Resolutions about how many times a month I’m going to blog, or what I’m going to blog about, about how much creative work I’m going to get done, how I’ll do more for the planet and people at this pivotal time in human history.

The idea that we get to start over is a compelling one, both a truth and a lie. A truth because people really do change—in fact, we’re changing all the time. A lie because you can’t just stop being one way and become another, at least not over Christmas break.

In the dark heart of my fortieth year, I’ve decided that the possibility of real change rests upon a reckoning with who, and how, I really am. And so I’m not going to make an announcement about how many times I’m going to post to this blog in 2018. I’m not going to say that I’m going to engage with the news cycle a particular number of times a week, or in a particular way. I’m not going to say that I’m now embarking on a yearlong exploration of the way that splitting my time between the “the most progressive city in America” and the Holy City is changing the way I look at the world.

And I’m going to do so not just because I must reject the alternative in order to remain whole (though that’s almost certainly true). I’m doing so because the alternative to despair is not denial. It’s engagement.