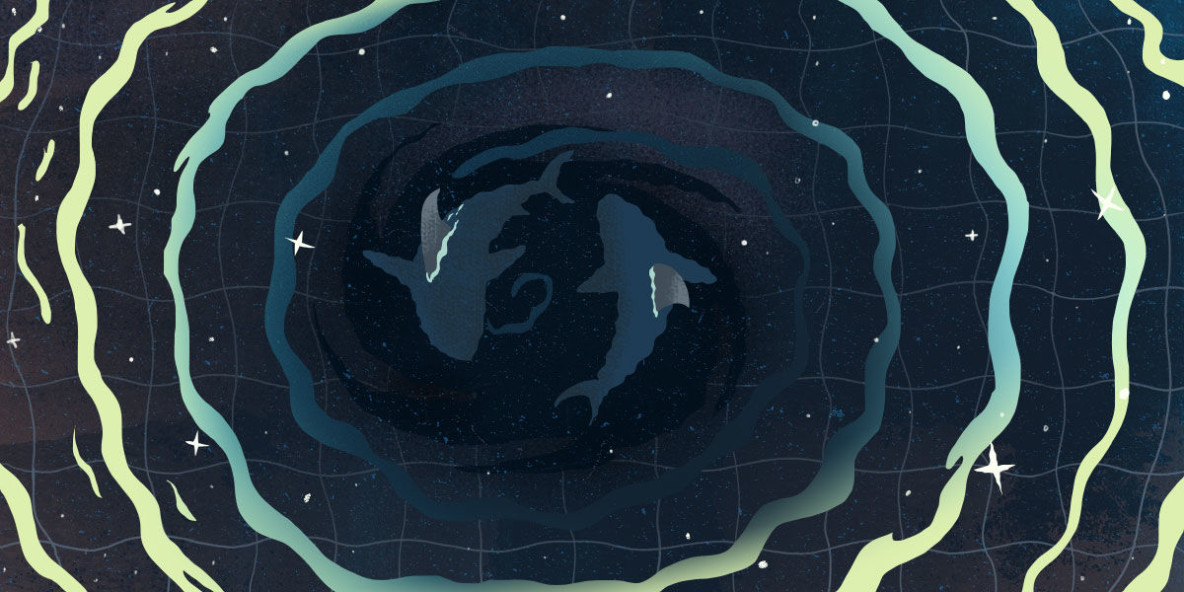 The odd little audio blip in this video, from the New Yorker, is the sound of gravitational waves, released a billion years ago, many millions of galaxies away from here, when a pair of black holes collided.

Those waves appeared on the screen of Marco Drago, a postdoc student, viewing data from LIGO (the Laser Interferometer Gravitational-Wave Observatory), an immense two-part particle detector in Louisiana and Washington, which was constructed at a cost of upwards of two hundred and seventy-two million dollars, more than any N.S.F.-backed experiment before or since–all in the hopes of proving one of the more elusive implications of Einstein’s general theory of relativity.

These waves appeared on Drago’s screen as a compressed squiggle, but to LIGO, which this fascinating New Yorker article calls “the most exquisite ears in the universe,” which is attuned to vibrations of less than a trillionth of an inch, and he heard what astronomers call a “chirp”—a faint whooping from low to high. The LIGO team has announced that the signal constitutes the first direct observation of gravitational waves.

This sound indicates the presence of waves in spacetime, caused by the tragic dance (and subsequent collision) of two black holes a quarter the lifetime of the universe ago, which actually cause matter here on earth to shrink or expand by a vanishingly small degree when they pass through us.

I’ve been thinking about this extraordinary development as I prepare to release my first short story to my Patreon subscribers, “Spin,” which tells the tales of two other star-crossed lovers–a physicist and a dancer, two people equally fascinated by the physical world but in different ways.

As with every great discovery in science as well as art, the question, for me, is this: If this is true, what might also be true?