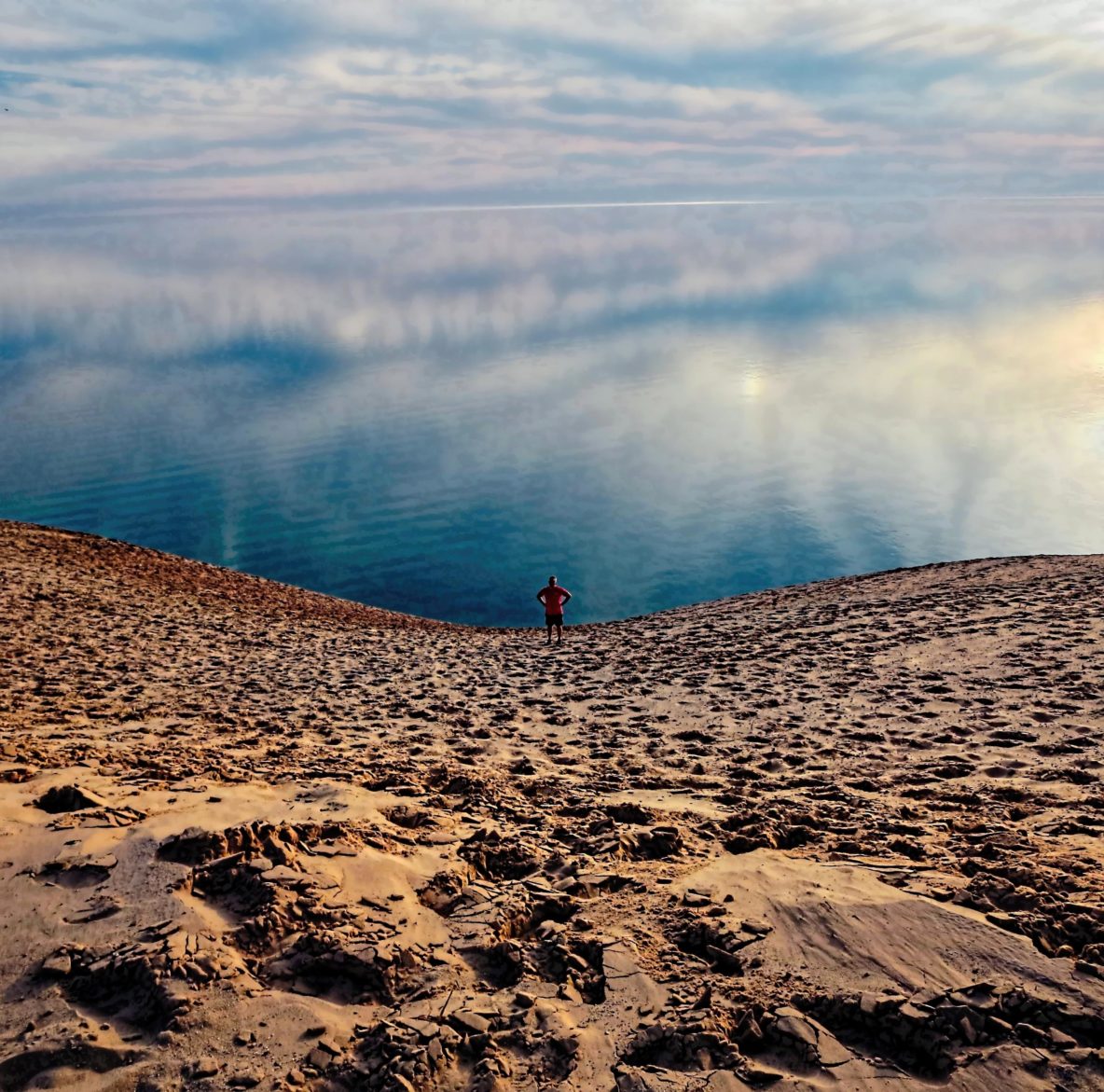 This Monday, I’m feeling inspired by the Sleeping Bear Dunes in northern Michigan, not far from where I grew up. That’s because I just submitted an application to the Sleeping Bear Dunes National Park artist-in-residence program. If I get the fellowship, I’ll have a chance to live in a Forest Service cabin near the park for three weeks in September.

Who knows what my chances are! But it’s surely not as competitive as Yaddo or Sewanee or some of the more prestigious writing residences, right? I wouldn’t even have known about it if not for artist friends from Interlochen who still reside in the Great Lakes State.

I fell in love with dunes in fourth grade, during a trip to P. J. Hoffmaster State Park near Grand Haven. To quote from my application: “There I learned that many of the seemingly different landscapes I knew and loved on and around the coast [of Lake Michigan]—the beaches, the shifting cliffs, the sandy trails through forests of beech and pine—were in fact all different faces of the same thing, and that thing was a dune.”

The letter of intent in my application goes on to say, “I moved West after my senior year of high school, but I’ve returned to those dunes every year of my life. Two years ago, I took my husband to Sleeping Bear for the first time. A Southerner, he stood and stared, amazed by those deep blue waters, those fine white sands, and beyond them, the back dune forests. Through his eyes, I recalled the sense I’d had as a child—and later as a teenager, exploring the environs around Traverse City—that this was a landscape a person could lose herself in, a place that could inspire a lifetime of art.”

PS> Image via Steve Keighley/Michigan.org (http://www.michigan.org/blog/fan-photos-2/fifteen-photos-that-will-get-you-dreaming-of-a-perfect-pure-michigan-beach-day/attachment/steve-keighley-sleeping-bear-dunes/). For some reason, the caption didn’t seem to come through on this post…