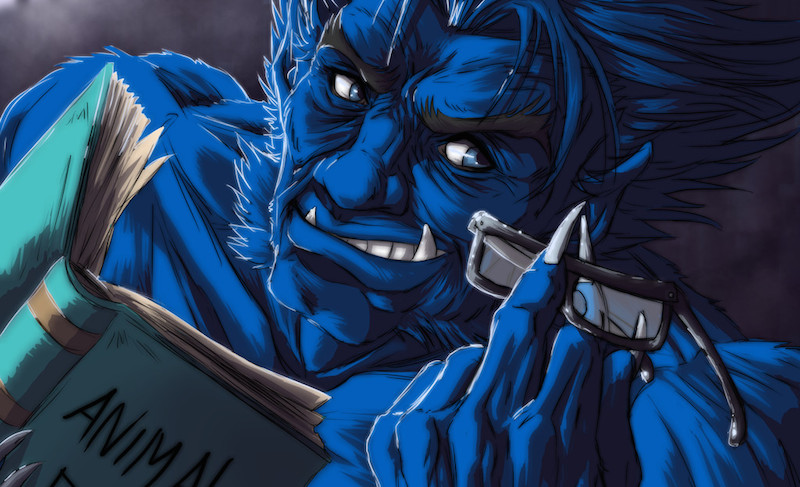 In a recent essay for LitHub, Benjamin Percy shared his childhood love of genre books, subsequent shame in the face of the academic world, and his eventual reconciliation of the two into something uniquely personal.

Substitute fantasy for horror, and every word of this essay might as well be my own.

In sixth grade, I read anything whose cover art looked cool, which almost always meant fantasy (or, to a lesser extent, sci fi). These were the genres I wrote in as well, until a well-meaning English teacher forced me to turn in only realistic stories.

I say well-meaning because he seemed to actually see this writing thing going somewhere for me. Still, the implied critique was clear: you’ll never get anywhere, kid, if you keep wasting time with stories about dragons.

By the time I went to art school, I’d been schooled in this way of thinking–and by the time I was enrolled in a graduate program, I knew we were supposed to be aiming for the sort of finely crafted short stories literary authors like Charles Baxter and Alice Munro made from the stuff of everyday life.

I got better at realism, but it never really gelled for me–until after I graduated from grad school, when I allowed my work to get weird.

In a book like Hot Season, that meant letting the circus in the door, as well as my characters’ dreams (often considered a no no in literary fiction). It meant letting people live in treehouses, hike the desert after dark, and experience geological hallucinations. It also meant making room for coincidence (another literary taboo).

Along the way, I’ve discovered that it’s the magic of this world I’m most interested in–a world that is in so many ways far stranger than anything we could invent. And if neither I nor the reader can really quite tell if that magic is “real?” So much the better.

In this way, I’ve found a patch of ground to call my own, on the shifting boundary between the fantastic and the realistic–that ground known as the uncanny.

It’s a place that honors where I come from as a writer and, as a reader, where I want to be.

Hot Season, my debut novel, is now available for preorder.

Read the latest review, from Read It Forward.