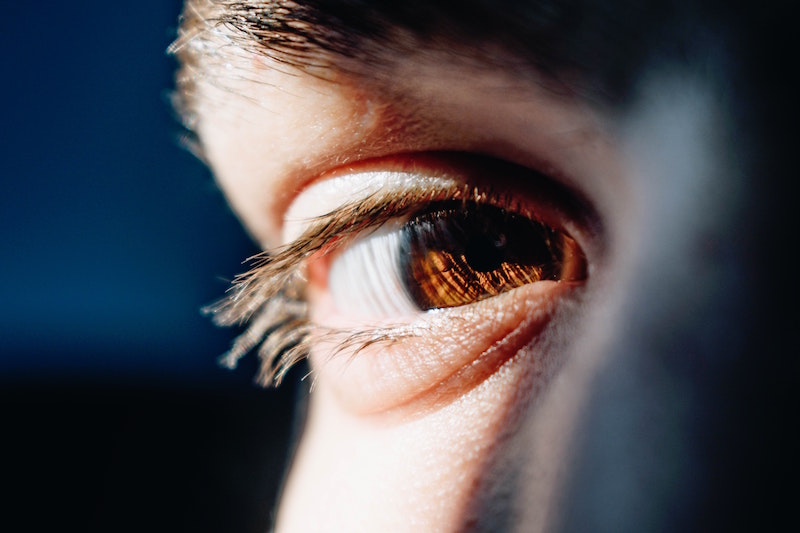 Every year I teach a class aimed at helping writers polish the opening pages of their novel or short story, in order to give them the best possible chances of getting those stories published. And every year, as I read through those opening pages, I’m struck by the degree to which writers, even very good ones, often fail to account for the role of POV (point of view).

There are many excellent books on craft that will help you parse the nuances of first person versus third, and a close third person versus a distant one. What I’m talking about is something much more fundamental.

What I’m talking about is how we as readers get ahold of who the hell we are in this story.

For instance, to draw on a study that one of my clients, Lisa Cron, cites in her new book Story or Die (publishing in March 2021): when test subjects were given short factual headlines to read, such as “Surgeon Finds Scissors Inside of Patient” or “Fisherman Rescues Boy from Freezing Lake,” the parts of the subjects’ brains that lit up under the fMRI machine were part of the “theory-of-the-mind” network, which corresponds to the intentions, motivations, beliefs, emotions, and actions of others.

I share this by way of saying that if we can’t tell who this story is happening to, there essentially is no story. Everything in a story is subjective, and until we know who the subject in question is, there’s essentially no way to make sense of anything else that’s being related.

Now, in light of that, try this opening on for size:

Elijah was in a bad mood. He was standing by the window staring out at the snow outside, a sour expression on his face. Sean approached and cleared his throat, so as not to startle him. “I’ve received a reply from London,” he said.

Who is the POV character here, Elijah or Sean? The part about Elijah being in a bad mood seems to indicate that it’s him (along with the fact that he is the first person mentioned), because it indicates that we’re in his head—but then the bit about the sour expression seems to indicate that someone observing Elijah is actually just inferring this, based on their prior acquaintance with Elijah.

In the sentences that follow, that person appears to be Sean, because “so as not to startle him” indicates that we’re privy to what he’s thinking—but then, this might just be something that Elijah could infer about Sean’s mood, based on his prior acquaintance with him.

Does all of this sound complicated? The fact is, we seldom think about things like this, because the stories we read don’t ask us to do this sort of detective work in their opening paragraphs—because, generally speaking, the stories we read are published stories.

Which is another way of saying that if you’re asking a publishing pro to do this sort of detective work in your opening paragraph, your story is already dead in the water.

One way I explain this to my clients is by invoking a TV show old enough to betray my age, Quantum Leap. Here’s how IMDB explains the show: During a government experiment into time travel, a scientist finds himself trapped in the past, “leaping” into the bodies of different people on a regular basis and sorting out their problems whilst trying to get back home to his own time.

What this means is that at the beginning of each episode, Dr. Sam Beckett (Scott Bakula) wakes up in the body of someone new. There’s no way for him to tell who that person might be, or why, say, they’re being chased by the mob, or an armed posse, or a woman with a frying pan, but he has to figure it out, and quick, based on context clues.

That’s essentially the position the reader is in at the start of any new story, so the sooner you get the POV character on the page—and make it clear that this is the POV character—the better.

The description or “thinking” opening generally only works if there is a strong voice and attitude in the way things are being described, or in the way those thoughts are being related, indicating the POV of a real character (not just a impersonal narrator)—the person who will emerge as the POV character in the paragraph to come.

But even so, the sooner we get to the POV character’s name—or, if you’re working in the first person, “I”—the better. Story is a ride, and we can only experience it if we have a body.

The good news is, we’re so deeply “wired for story” that as soon as we know whose eyes we’re looking through, we begin to experience that story for ourselves. The brain actually can’t tell the difference between what’s physically happening to us and what’s happening to an imagined POV character—which is incidentally, the same thing that happens when we dream.

That, you have to admit, is pretty magical. The sooner you can get the reader into that Vulcan mind meld with your POV character, the stronger that magic will be— and when your reader is an agent or editor, that could be very magical indeed.