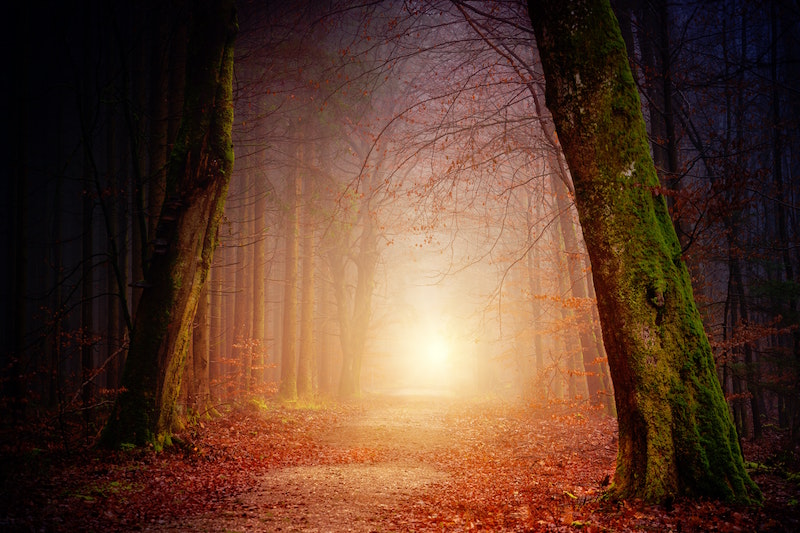 In my time of quarantine, I’ve found I had very little interest in what we call realism. It’s what Le Guin called “the timeless mode” that interests me: fantasy and sci fi, the products of the mythic imagination.

I’ve been reading Le Guin’s Earthsea omnibus, and am now 700 pages or so in. There’s escapism here, sure: the beauty of this world’s magic, and the beauty of the world itself, an island archipelago with bustling ports and quiet farms and old-time crafts like shipbuilding and goatherding.

But Earthsea is a world no less a brutal than our own, and no more just. It is a world where men scorn women, their magic and knowledge; a world where the great school of magic at Roke, founded by a grassroots network of witches, would in time come to bear an entirely fictitious origin story, and become an institution open only to boys and men.

In the “second worlds” of fantasy and sci fi lie the opportunity to actually see our own world–its various power structures, its various histories, and its various lies–as a world, rather than the world. Which is especially helpful in times of change and upheaval, when it feels like that world is in flux.

Another world I’ve been exploring in my time of quarantine is the TV series The Dark Crystal: Age of Resistance. The original Jim Henson movie was gorgeous but scary to me as a kid; the TV series is even more gorgeous, and even more scary.

In it, a race of predatory bird creatures called the Skecksis are supposed to be the caretakers of the crystal that embodies the spirit of the planet they live on, Thra. The Skecksis maintain a facade of being stewards of this crystal, and of the race known as Gelflings, who serve them, but in reality, they’re killing the crystal, the Gelflings, and the planet, in the pursuit of their own immortality.

In this show, it’s so hard to see HOW THE GELFLINGS DON’T SEE IT–the Skecksis are evil incarnate, disgusting and nasty and brutish in a million (often hilarious) ways. And yet the Gelflings believe their thin lies, because they can’t bring themselves to confront the truth of what’s actually happening, can’t get their head around what the ruling class really is, what it’s doing to them, and what the stakes really are.

I know of no sort of realism right now that make me feel the visceral truth of our historical moment the way this story does. Only this kind of extreme exaggeration–and only this kind of deep strangeness–is capable of illuminating how extreme a situation we’re really in right now, with fascist demagogues and fossil fuel interests literally killing us, and the planet that sustains us, while claiming to serve our interests.

In both of these stories, the deepest work is a the level of the worldbuilding–a subject much discussed among writers of fantasy and science fiction, and one that often seems daunting to those just starting off in these genres. Oftentimes, those seeking to try their hand at speculative fiction basically set their stories in worlds developed by others, offering some slight twist or variation on a fantasy world as conceived of by Tolkein, or a science fictional one as envisioned by Asimov.

But it’s possible to go much deeper with these genres, by actually taking the time to develop a second world that, in its power structures, magic systems, cultural, racial, and gender dynamics, history and ecology, sets you up to explore the sort of questions you’re most interested in, and the sort of questions we most need to explore at this time in history.

It might sound complex, but I’ve created second worlds from scratch with teenagers in my youth workshops all over the country, and I know how easy it actually is to create something quite profound. Something that sets the stage for truly epic fiction, in the timeless mode.

Which is why I am excited to sharing this process with adults, for the very first time, via my new online class, Worldbuilding 101. In this 4-week class starting May 15, each writer will create their own second world, exploring its ecology and topography, cultures and mores, systems of meaning and systems of power.

Who knows how long we’ll be stuck at home, but whatever the world looks like a month from today, I can’t think of anything else I’d rather be doing than to help others open up these kind of epic possibilities for their fiction.

And in the meantime, I’ll be diving deep into the worlds of Ursula K. Le Guin, N.K. Jemisin, and V.E. Schwab, among others–as well as some of my own. =)