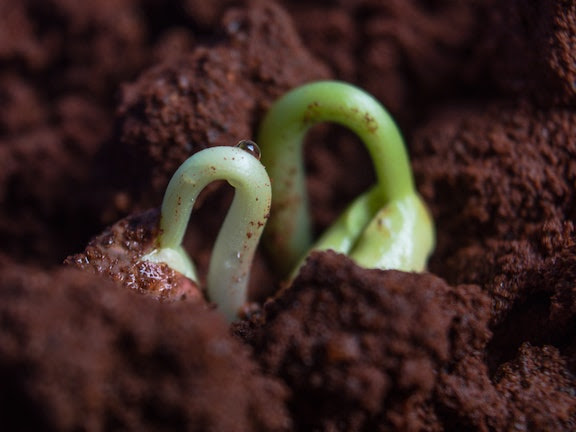 Recently, I’ve been reflecting on transformation–in art, and in life.

This week found me back in Portland. After two years away, due to the pandemic, it’s been a deeply meaningful time of connecting with old friends.

I’ve known one of these friend since my midtwenties. Like me, she’s a graduate of Prescott College; like me, she’s had a career as a freelance editor and book coach. Over lunch, she shared that she’s now transitioned to working with clients in a capacity that’s akin to a spiritual life coach.

That’s a transition that might not make sense to some people, but it made sense to me. This friend used to coach people writing self-help books; now she’s actually helping people transform their lives.

One of the things she noted about this work was something she termed “seeding”–making a small suggestion to a client, rather than a large one, about a way they might see things differently. Just floating an idea about change, without making a big deal about it, then moving on.

This, she said, is a big part of what helps the client actually make that big shift later on. Because they can have their resistance, their push back, to the small suggestion, rather than to the whole idea, the complete reframe. Which means that the next time this idea comes around, they generally have less resistance to it, more curiosity.

Seeding an idea in this way, gradually, sets the stage for a real breakthrough later on.

All of which couldn’t help but remind me of the way character arc operates in novels: The story can’t push the protagonist to see their internal issue all at once. Rather, it pushes them this way a little bit at a time–from this angle over there, and then that angle over there.

The story gives the character time and space to push back and resist–and in fact, as readers, we must see that person’s resistance to change if the eventual transformation is going crack our hearts open via the magic of catharsis, and really feel convincing.

In the end, the work my friend is doing with her clients and the work I’m doing with mine is very much parallel: We’re setting the stage for a convincing, affecting, meaningful internal shift. And in so doing, maybe even helping to heal a bit of our broken world, one human heart at a time.

This month for Jane Friedman, I wrote about some strategies for setting up this kind of transformation for your protagonist in the opening pages of your novel, while also serving to draw your reader in–so if you’re interested in creating this kind of “story medicine” in your work, you’ll find some very actionable tactics for that here.