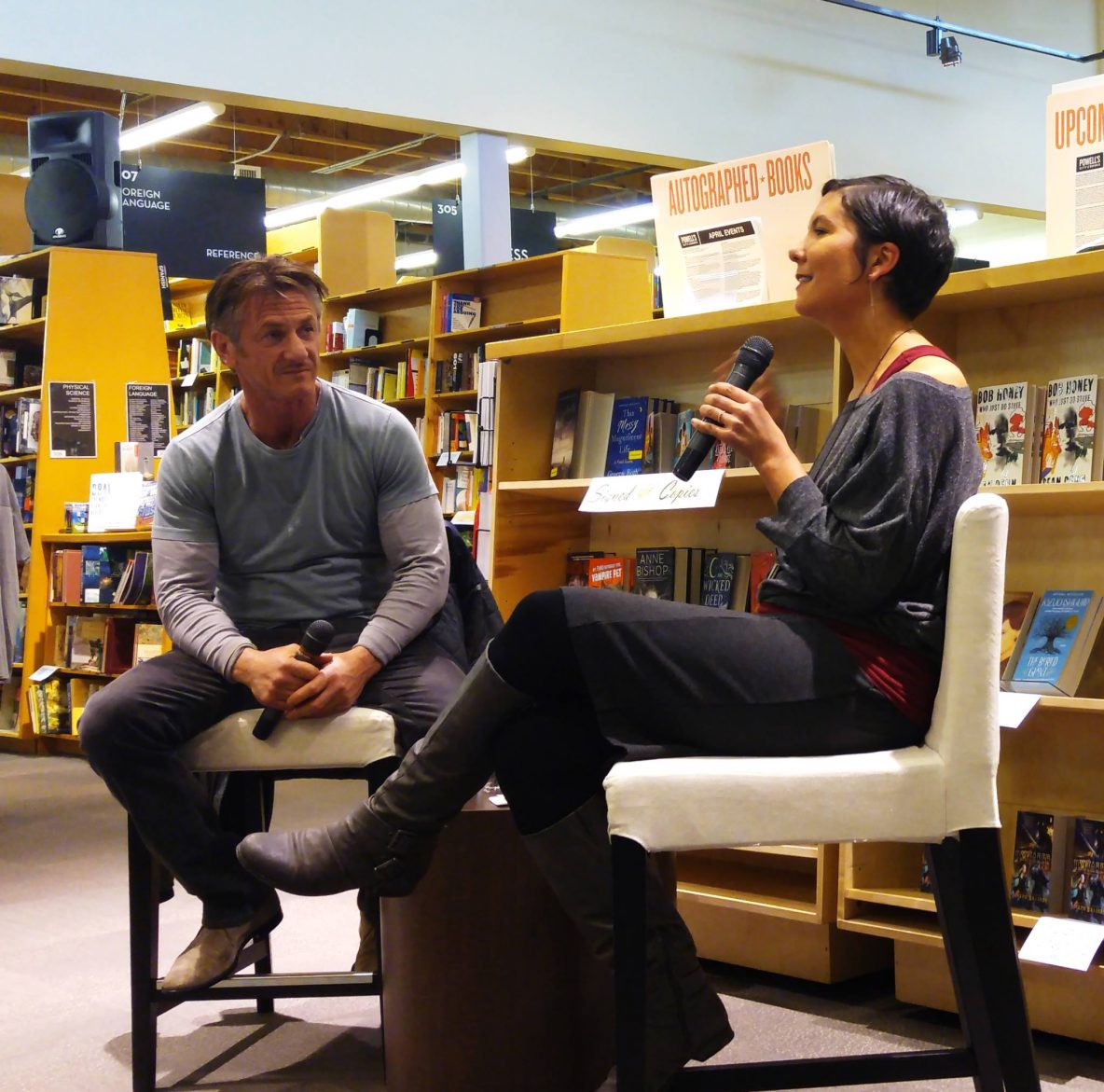 When I interviewed Sean Penn for Powell’s, I did not expect him to have read my book. But not long after I met the actor-turned-author, I discovered he had. He told me it had reminded him of Ed Abbey’s The Monkey Wrench Gang.

My hand flew to my heart, like somebody’s old Southern auntie. “Oh my goodness!” I said. “I feel so seen and heard right now.”

Apparently, totally by coincidence, a friend had given him a copy of Hot Season last year and he’d loved it, so he’d picked my name off the bookstore’s list of Portland authors (all of whom are, presumably, more famous than I) as a potential conversational partner for the event.

No book was more on my mind than The Monkey Wrench Gang when I wrote Hot Season; Ed Abbey’s gleeful classic of environmental resistance is such a touchstone in the Southwest that even people who don’t read have read it, and even those who haven’t read it know of it.

Not so, I’ve found, in virtually any other region of the country, where no one even seems to recognize Abbey’s name.

Moreover, Hot Season might have sold well for a small-press debut, but almost certainly somewhere south of a thousand copies, most of them to residents of Oregon and Michigan (love you guys!). How a copy wound up in the hands of Sean Penn’s buddy in LA remains a mystery to me, but it is a case of kismet for which I am grateful. Because as it turned out, me and that dude get along like a house on fire.

In some ways, I hesitate to say that, because he is a controversial figure. The comments on the Powell’s posts regarding the event were full of left-wing, anticelebrity vitriol, and there’s that thing with Madonna. But I think it’s safe to say that, for better or worse, Sean Penn genuinely gives a shit about the world, and he’s done more in support of his ideals than the vast majority of us who give a shit about the world.

And it turned out to be a case of kismet twice over when I admitted during our event that perhaps my entire idea of what Hollywood was like was based on Charles Bukowsky’s novel of the same name.

Sean laughed. “I’m in that novel!”

I asked him if he had a name in that novel.

No, he explained, but his wife at the time did: Ramona. Apparently it sounded a lot like…well…

The dude then proceeded to charm the hell out of us by relating how he met the late, great underground author Charles Bukowsky in the 80s. I’ll include that story in a clip later this week.

In the meantime, here’s are the first two clips from our event “in conversation” at Powell’s, 4.6.18.