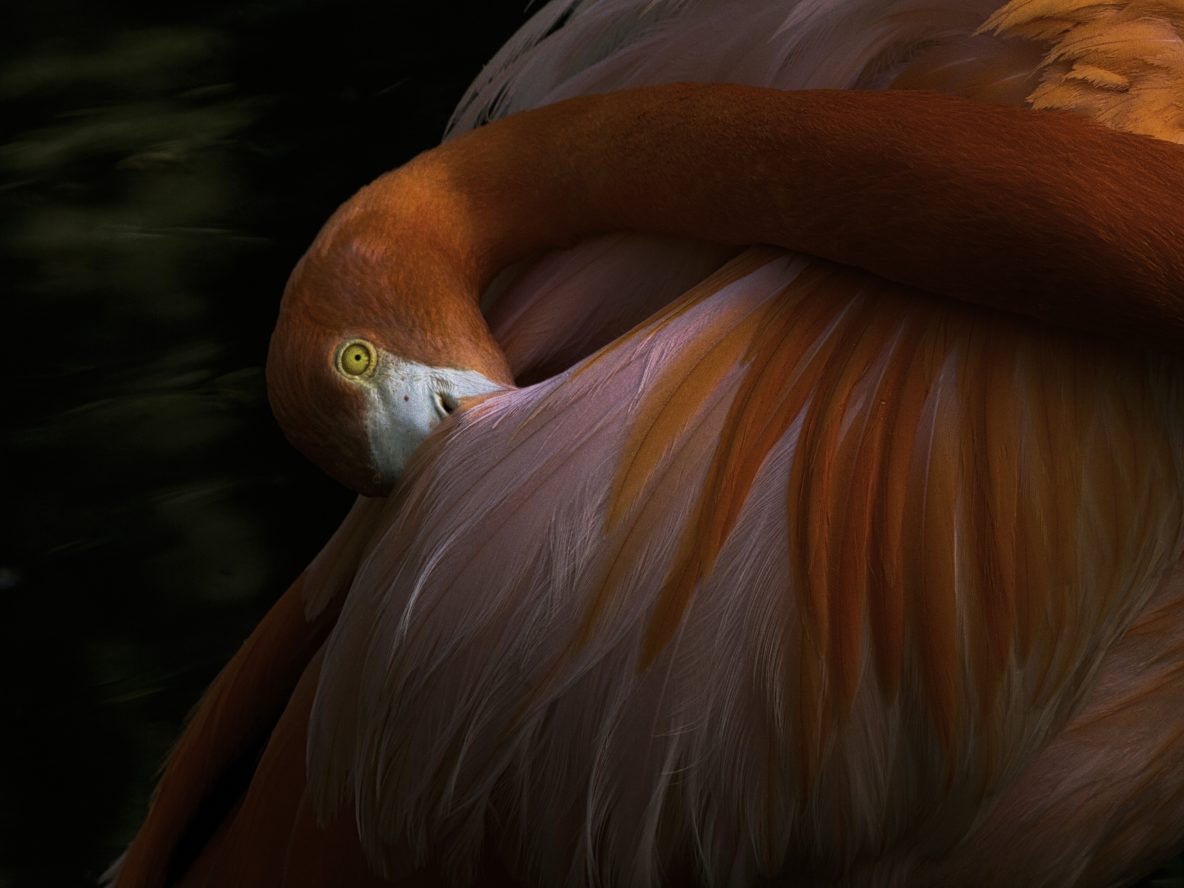 I sign a lot of online petitions. Maybe you do too. This last week, I’ve signed petitions demanding clean water for Puerto Rico (because though it has been months since Hurricane Maria, thousands still lack access to electricity and basic services, including clean drinking water) and denouncing Trump’s Interior Department for its plans to open up nearly all US waters to oil and gas drilling.

In doing so, I was reminded of Ted Kooser’s poem “At Nightfall:”

In feathers the color of dusk, a swallow,

up under the shadowy eaves of the barn,

one bright white feather into her nest

to guide her flight home in the darkness.

It has taken a hundred thousand years

for a bird to learn this one trick with a feather,

a simple thing. And the world is alive

with such innocent progress. But to what

safe place shall any of us return

in the last smoky nightfall,

when we in our madness have put the torch

to the hope in every nest and feather?

It’s always easiest for me to feel the horror of ecocide, as opposed to every other type of horror, because it is so final. The world may bounce back from other types of suffering, of killing and dying; but when we lose the elephants, the whales, the dolphins and shorebirds and turtles—suffocated by our oil spills, choked by our plastics—these creatures, our kindred, will never exist again.

But of course the truth is that “when we have put the torch to the hope in every nest and feather,” none of us will be safe.

Not long ago, I was awoken at the edge of sleep by that horror—our wholesale destruction of the natural world. One trick with one feather, “a hundred thousand years.” What the hell gives us the right to destroy the world?

What woke me was something you might call guilt, or conscience—I think of it as the soul, which I believe is not just something we’re given but something we must make. Whatever it is, it spoke to me, clearly, and I awoke, gutshot: “Wasn’t it worth it?”

Wasn’t it worth fighting for? Every living thing? All the beauty of this world?

I had a similar experience this weekend, watching a movie called The Giver. In the world of the story, a post-fall humanity living in a denatured world has created a utopian society, in which there are no differences and therefore no injustices—and no one has any memory of the world that came before. Only one person, known as The Giver, holds that history, and he holds it in the form of actual memories, of those who lived before the fall.

The movie has its flaws (I’d like to see how the movie adaptation differs from the novel, by Lois Lowry), but I do recommend it, in part because these memories make for tremendously affecting cinema. The most emotional moment for me arrived when the Giver’s young protégé first sees an elephant, and then sees it shot.

In that moment, watching that elephant get shot in the head, I had the strange sensation of actually feeling what I wasn’t feeling—and then I let it in. And there it was, the same feeling I had when that voice called to me from the edge of sleep: gutshot.

Friends, I could actually feel the protective barrier around my heart dissolve, and it dropped me like a bullet.

This got me thinking about empathy, and about how it is really is something we can turn on and off. Sometimes we turn it off just so we can get through the day–for the sake of our own survival, or what feels like survival. I know I’ve been guilty of this over the past year, and maybe you have too.

Here I’m reminded of a recent article about bullying. According to this article, from Psychology Today, research indicates that most anti-bullying tactics don’t work—what prevents a kid from being bullied at school is not standing up to the bully or adult intervention or even campaigns aimed at convincing kids that bullying is bad. What keeps a kid from getting bullied is having social capital in the form of friends.

The girl who “discovered the secret” of social capital, Natalie Hampton, had been ruthlessly bullied at her old school; nothing she tried made any difference until she went to a new school, where just one person reached out to her and said “you can sit with me” (at lunch). It made all the difference in the world.

When I read this article, I thought back to when I was in elementary school. Though I never quite fit in with my class, I was one or two steps up from the bottom of the social order, distinct from the truly outcast. I often think of those kids now, as an adult, because I realize they were both the poorest of the poor and those most likely to be facing abuse at home. (I understand these things now because of a novel, The Enchanted, by Rene Denfeld, which is one of the most important books I have read as an adult.)

As adults, we’d all like to believe that we had the compassion to reach out to these kids in elementary school—because as adults, we understand that these people were living in hell. But as kids, we didn’t (statistically speaking, at least).

We let those kids live in hell, and we turned off our ability to feel the truth of that whenever we walked past them at school. We didn’t talk to them; we didn’t look them in the eye. Because not doing so felt like a matter of personal survival.

This thought returned to me the other day as I was scrolling through Twitter. Someone had pointed out that Trump had video conferenced into a press conference at the White House, though he himself was in the White House at the time. In fact, he was probably no more than 150 away.

I have no love for Trump. I do not make a habit of hate, as I believe it’s a generally toxic substance to keep in your body, but ordinarily, my response would be something like contempt. But in the small opening around my heart that day—after I’d let the bullet that hit the elephant hit me—I felt something else.

Like, who are you, that you can’t face a press conference, as the President of the United States? Who are you that a half hour’s worth of questions, and the criticisms they imply, are so frightening that you’d allow yourself to lose face in such a public way?

I suppose a case could be made that Trump was just lazy, or imperious, or something along those lines. And normally, maybe I’d buy that. But in this opening around my heart that I had made—this opening I had allowed myself—I didn’t buy it at all. Because I could feel the terror behind that decision.

Trump is a man to whom any criticism is tantamount to disaster. The grown-up version of an unloved child, he has no safe reserves of familial love to call upon when the world gets shitty. Thin-skinned doesn’t even begin to cut it; Trump has no insulation at all. The only things that make him feel good are external (“winning”), so any suggestion that he’s losing lands him in hell.

What a way to live.

I think of Trump as “the man who sold the world”—and when I think of him, I think of that sparrow threading one white feather through her nest to guide her flight home in the dark. Trump has no safe space to return to. He never did.

Personally, I’ve always resisted the suggestion that we made Donald Trump, that every single one of us is somehow responsible for his rise to power. Did I establish a system that allows men like Trump’s dad to amass grotesque amounts of wealth? No. Did you cause Trump’s parents to withhold their love from him as child? Certainly not.

What we did do was walk past someone who was living in hell. What we did was harden our hearts to them, because it felt a lot like survival at the time.