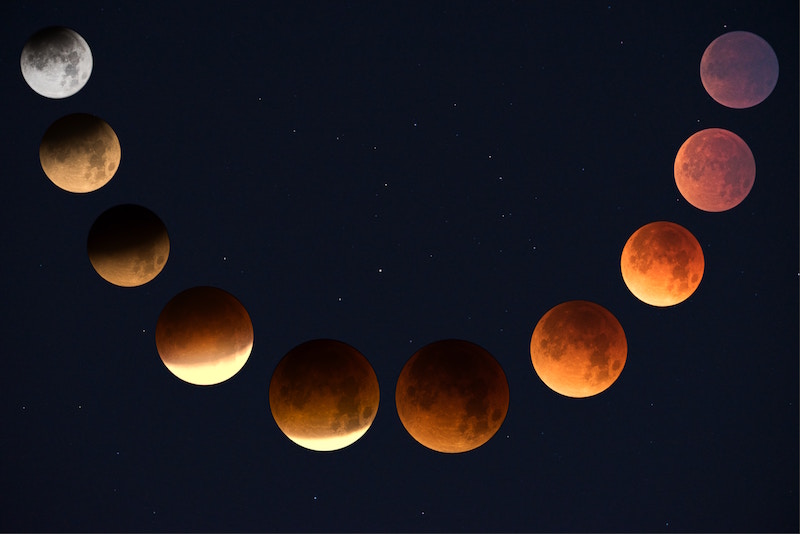 No lack of literary star power, either, with national bestsellers like Lidia Yuknavitch, Rene Denfeld, and Leni Zumas leading the charge, and PNW faves like Tracy Manaster, Mo Daviau, and Stevan Allred right behind them. (The anthology will include brand-new, never-before-seen work by Lidia and Rene, a prospect that may or may not have caused me to scream at my desk.)

David Naimon, author–with Le Guin–of Conversations on Writing, will be contributing the foreword, and it’s a perfect take on both the themes in Le Guin’s work addressed by this collection and Portland itself.

The complete list of contributors and their bios, in roughly alphabetical order:

Stevan Allred lives in Portland, Oregon, halfway between Hav and the Isle of the Dead, which is to say he spends as much time burrowed into his imagination as he possibly can.  He is the author of a novel, The Alehouse at the End of the World, a collection of linked short stories, A Simplified Map of the Real World, and a contributor to City of Weird:  30 Otherwordly Portland Tales, all from Forest Avenue Press.

TJ Acena is a writer living in Portland, OR. His writing has appeared in Somnambulist, Hello Mr., Pacifica Literary Review, The Oregonian, and The Portland Mercury.

Stewart C Baker is an academic librarian, speculative fiction writer and poet, and the editor-in-chief of sub-Q Magazine. His fiction has appeared in Nature, Galaxy’s Edge, and Flash Fiction Online, among other places.

Jonah Barrett is a filmmaker, writer, and multimedia artist. His writing can be found in Creative Colloquy, Everyday Genius, Lit.Cat, OlyArts, and the bestselling Portland anthology City of Weird. Jonah has also directed and written two feature films, a dozen-ish short films, and three web series. He has worked as both a literary magazine and anthology editor, as well as journalist, assistant director, script supervisor, and art conservator.

Tina Conolley is the author of the Ironskin trilogy from Tor Books and the Seriously Wicked series from Tor Teen. Her stories have appeared in F&SF, Lightspeed, Analog, Uncanny, Tor.com, and more. Her books have been finalists for the Nebula and the Norton, and her collection was a finalist for the World Fantasy Award.

Mo Daviau is the author of the novel Every Anxious Wave. A graduate of Smith College and the Helen Zell Writers’ Program at the University of Michigan, she lives in Portland, Oregon.

Rene Denfeld is the internationally bestselling author of the novels
The Child Finder, The Enchanted, and The Butterfly Girl; she is the winner of the prestigious French Prix award and an ALA Excellence in Fiction Award, and has been a New York Times Hero of the Year for her social justice work.

Jason Derr studied creative writing at Eastern Washington University and has his MA in Theological Studies from the Vancouver School of Theology. His fiction has appeared in Relief, The Midnight Diner, Green Brier Review, Literary Orphans and the anthology Pick Your Poison.

Molly Gloss is a novelist and short-story writer whose work has received, among other honors, a PEN West Fiction Prize, an Oregon Book Award, Pacific Northwest Booksellers Awards, the James Tiptree, Jr. Award, a Theodore Sturgeon Award, and a Whiting Writers Award. She writes both realistic fiction and science fiction. Her work, including some of her science fiction, often concerns the landscape, literature, mythology and life of the American West.

Rachael K. Jones grew up in various cities across Europe and North America, picked up (and mostly forgot) six languages, and acquired several degrees in the arts and sciences. Now she writes speculative fiction in Portland, Oregon. Her debut novella, Every River Runs to Salt, is available now from Fireside Fiction. Rachael is a World Fantasy Award nominee and Tiptree Award honoree. Her fiction has appeared in dozens of venues worldwide, including Lightspeed, Beneath Ceaseless Skies, Strange Horizons, and Nature.

Jessie Kwak is a freelance writer and novelist living in Portland, Oregon. She writes character-driven sci-fi and fantasy with a liberal dose of textile art, gunfights, and dinner parties. She is the author of supernatural novel Shifting Borders, and the Durga System series of gangster sci-fi stories.

In 2015 LaPier’s debut novel, UNEXPECTED RAIN, was published by HarperVoyager as the first of a science fiction thriller trilogy, followed by UNCLEAR SKIES and UNDER SHADOWS. By day he is a software engineer, building the innermost parts of The Cloud. By night he continues to dabble in science fiction, fantasy, horror, and anything weird.

David D. Levine is the Hugo- and Nebula-winning author of the Regency interplanetary airship adventure novel Arabella of Mars (Tor 2016), sequels Arabella and the Battle of Venus (Tor 2017) and Arabella the Traitor of Mars (Tor 2018), and more than fifty science fiction and fantasy stories. Arabella of Mars won the 2017 Andre Norton Award for Young Adult Science Fiction and Fantasy, his story “Tk’Tk’Tk” won the 2006 Hugo Award for Best Short Story, his story “Nucleon” won the James White Award, and he has been shortlisted for awards including the Hugo, Nebula, Campbell, Sturgeon, and Locus. His stories have appeared in Asimov’s, Analog, F&SF, Realms of Fantasy, Tor.com, numerous anthologies and websites, and multiple Year’s Best anthologies, as well as his collection Space Magic from Wheatland Press, which won the Endeavour Award for the best SF or Fantasy book by a Pacific Northwest writer.

Gigi Little is a freelance book cover designer and house designer for Forest Avenue Press, as well as the editor of City of Weird. Her fiction and essays have appeared in lit journals and anthologies including Portland Noir, Spent, and The Pacific Northwest Reader.

Sonia Orin Lyris attended the Clarion West Writers’ Workshop in 1992. She writes science fiction and roleplaying game-related fantasy, and is the author of The Seer.

Tracy Manaster is a graduate of Wesleyan University and The Iowa Writers’ Workshop. She is the author of the novels You Could Be Home By Now and The Done Thing. Tracy lives in Portland, OR with her husband and twin daughters.

James Mapes’s fiction has appeared in Perilhelion, Stupefying Stories, and the Devilfish Review.

CA McDonald holds a BA in Comparative Literature and Spanish from the University of California, Davis. Her sci-fi, horror, and fantasy works have appeared in online magazines and print anthologies, with her latest flash-fiction story garnering an honorable mention award in Queer Sci Fi’s competition anthology, Migration. She lives in Portland, OR with her husband, daughter, and two rescue mutts, where she enjoys the very normal hobbies of ultra-running and witchcraft.

Timothy O’Leary’s stories have been published in dozens of anthologies and magazines, and his short story collection, Dick Cheney Shot Me in the Face – And Other Tales of Men in Pain (Unsolicited Press), was released last year. He has received multiple Pushcart Prize nominations, won the Aestas Short Story Award, and has been a finalist for the Mississippi Review Prize, the Mark Twain Award, The Lascaux Prize, and many others. He graduated from the University of Montana, and received his MFA from Pacific University.

Nicole Rosevear lives, writes, and teaches in Portland, Oregon. She is a graduate of the Bennington Writing Seminars and her work has appeared Bennington Review, VoiceCatcher, North American Review, and the anthology City of Weird: Thirty Otherworldly Portland Tales.

Lidia Yuknavitch is the author of National Bestselling novels The Book of Joan and The Small Backs of Children, winner of the 2016 Oregon Book Award’s Ken Kesey Award for Fiction as well as the Reader’s Choice Award, the novel Dora: A Headcase, and a critical book on war and narrative, Allegories Of Violence (Routledge). Her widely acclaimed memoir The Chronology of Water was a finalist for a PEN Center USA award for creative nonfiction and winner of a PNBA Award and the Oregon Book Award Reader’s Choice. The Misfit’s Manifesto, a book based on her recent TED Talk,was publishe by TED Books. Her new collection of fiction, Verge, is due out from Riverhead Books in Winter 2020.

Leni Zumas won the 2019 Oregon Book Award for her national bestselling novel RED CLOCKS, which was a finalist for the Orwell Prize for Political Fiction and the Neukom Prize for Speculative Fiction. Red Clocks was a New York Times Book Review Editors’ Choice and was named a Best Book of 2018 by The Atlantic, the Washington Post, the Huffington Post, Entropy, and the New York Public Library. Vulture called it one of the 100 Most Important Books of the 21st Century So Far. Zumas is also the author of FAREWELL NAVIGATOR: STORIES and the novel THE LISTENERS. Her fiction and nonfiction have appeared in Granta, The Times Literary Supplement, Guernica, BOMB, The Cut, Portland Monthly, Tin House, and elsewhere.

I’m currently working with the authors to shape and perfect these stories, putting my background as a freelance editor to work in acquisitions (a dream of mine for some time now). Each story is a gem, touching on an important facet of Le Guin’s work, and I’m absolutely over the moon at how this anthology is coming together.