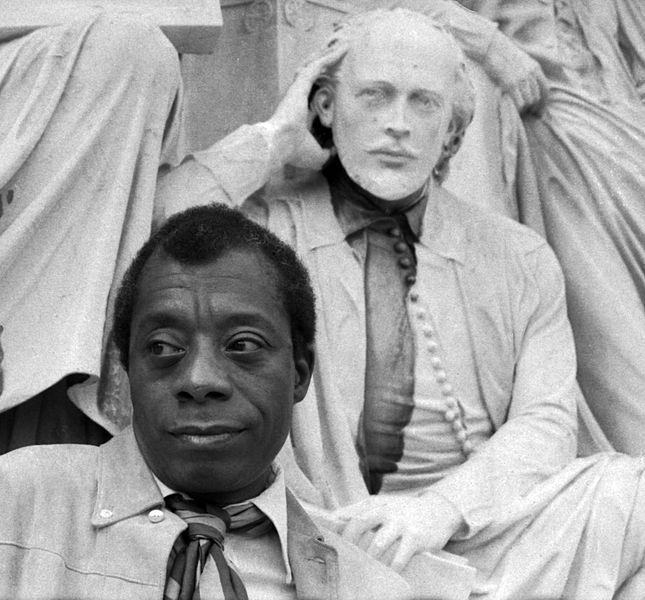 This month on Twitter, I’ll be celebrating Black History Month by posting one Black American author each day who has blown my mind, touched my heart, and opened my eyes to the ongoing struggle for justice in this country.

Here’s a round up of my posts from Week 1:

Black, gay, outspoken, and still, four decades later, cutting-edge in his observations on race and gender–I think it’s immensely telling that we’ve seen so many quotes from James Baldwin on protest signs of late (“The only way to be really despicable is to be contemptuous of other people’s pain.”).

Baldwin wrote, “On one side of town I was an Uncle Tom, and on the other, an Angry Young Man.” That’s what nuance looked like in the 1960s, apparently, because activists and scholars are still turning to Baldwin’s essays for answers–he was a writer for our moment as well as his.

Writing is time travel, magic, a conversation across the generations–and man, was this guy a brilliant conversationalist.

Science fiction is considered a visionary art form, but the genre would have had some serious blind spots without one of the founding mothers of West Coast sci fi, Octavia Butler.

In books like Parable of the Sower, I think, Butler showed us the future we’ll get if we fail to come to terms with the past as a story of conquest, of land and of people. A story in which wealth, and the technological progress so exuberantly celebrated in this genre, have always come at a price.

Black Panther, Communist, born-again, Mormon, addict, men’s fashion designer–dude was COMPLICATED, for sure, but I’ll never forget the way Soul on Ice made me consider, as a teenager, the way our sexuality and attractions can be shaped by a toxic culture.

“In the black leather coat and beret the Panthers wore as a uniform, Mr. Cleaver was a tall, bearded figure who mesmerized his radical audiences with his fierce energy, intellect and often bitter humor.

‘You’re either part of the problem or part of the solution,’ he challenged, in one of the slogans that became a byword of the era.”

I love the way this New York Time obit traverses the varied territory of this iconic figure’s life, which is really no less bizarre and complicated than, say, the history of the United States of America.