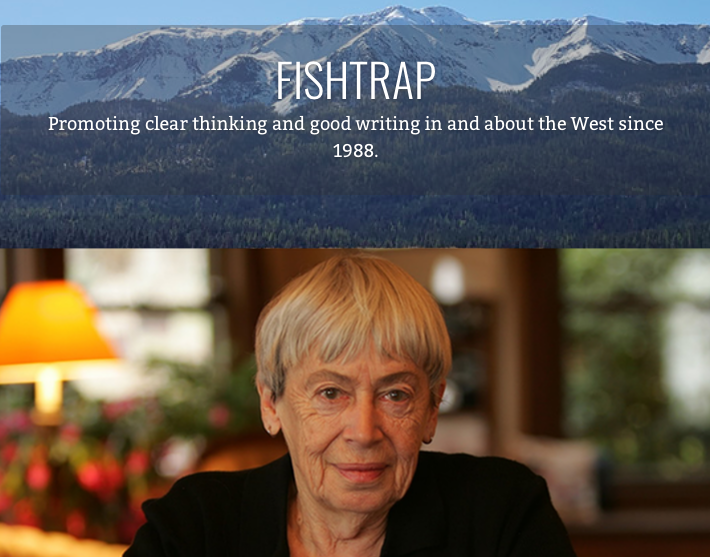 The tail end of 2018 was full of changes on my end–not the least of which was moving across the country to Santa Fe, New Mexico. (Don’t worry, though, Oregon friends–I’m retaining my dual citizenship!)

In the midst of it all, there’s been some news I’ve been sitting on that I’m SORT OF REALLY EXCITED to share, now that it’s officially 2019. =)

News item number one is that I’ve been selected as the Spring 2019 Writer-in-Residence at Fishtrap. Fishtrap is an organization based in Joseph, Oregon, with a mission to promote “clear thinking and good writing in and about the West.” It’s best known for its weeklong conference of the same name each summer, but the organization also offers workshops and youth programming throughout the year.

As Fishtrap’s writer-in-residence this spring, I’ll spend six weeks in Joseph, with free rent at a writer’s studio and a weekly stipend that should allow me to finish my next novel (knock on wood). I’ll also spend up to eight hours a week working with kids in the Wallowa County school system, which I’m really looking forward to.

News item number two is that I have an anthology project under development in collaboration with the Portland-based university publisher Ooligan Press. The project is a collection of short fiction entitled Dispatches from Anarres: Portland Authors in Tribute to the Vision of Ursula K. Le Guin.

In my proposal for the project, I noted the following:

With the passing this year of Le Guin, a longtime resident of Portland, many local authors have come forward to share just how much her work meant to them. As a fan of Le Guin, it occurred to me that in the age of Trump, Portland, in many ways, is like Anarres, the anarchist capital of The Dispossessed—a “rebel moon” of the Left Coast, home to activists, artists, and yes, anarchists. As a person with broad connections in the local literary community, I was struck by the idea for an anthology of Portland authors, both speculative and literary, paying tribute to Le Guin’s vision in short fiction.

As well as this:

Le Guin is a giant of American letters, but her place in the canon will only be assured if we insist upon it. Le Guin herself noted in an interview that the “denigration, omission, and exception” the female writer faces during her lifetime “are preparations for her disappearance after her death.” I believe Dispatches from Anarres could be a timely, marketable anthology, and one that would help to cement the legacy of Le Guin—not only as a giant of American letters but as one of the most important writers of the Pacific Northwest.

Writers, stay tuned for the official call for submissions, which will go out around the middle of January. The deadline to submit will be April 2. =)