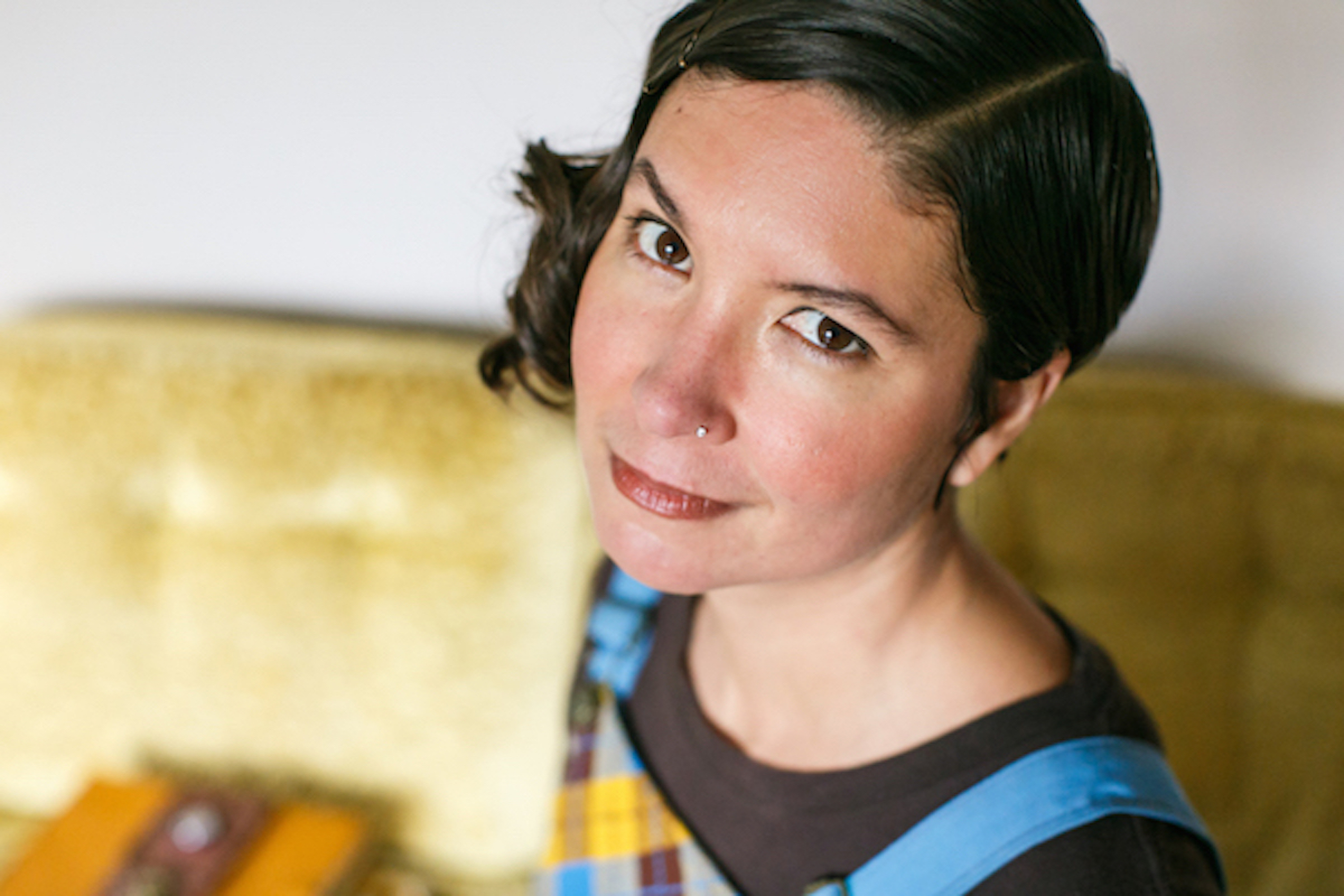 Susan DeFreitas is the author of the novel Hot Season, which won a Gold IPPY Award, and the editor of Dispatches from Anarres, an anthology of short fiction in tribute to Ursula K. Le Guin. Her fiction, nonfiction, and poetry have been featured in the Writer’s Chronicle, the Huffington Post, the Utne Reader, Story magazine, Daily Science Fiction, Portland Monthly, and High Desert Journal, along with many other journals and anthologies. An American of Indo-Guyanese descent, she divides her time between Santa Fe, New Mexico, and Portland, Oregon, and has served as a independent editor and book coach since 2009.  She writes science fiction under SDeFreitas Timmons.

I went to a very politically engaged college, and I graduated in 2000—a year when it seemed like everyone I knew who was really committed to making a difference was either at the WTO protests in Seattle or pursuing organic farming. I was neither an activist nor a farmer—I was an artist, a fiction writer. But what difference did my art really make? I had the sense that reading a novel and actually changing your beliefs were about a thousand steps removed from each other.

The older I get, though, the more I see that every problem we have in our culture—from climate change to racism to sexism to poverty—is all because of a “bad story” we believe, a story that may have served us at one time but no longer does.

It’s time for those stories to change.

And yes, it’s rare for any ONE story to change the culture–but a story is really the only thing that can. So I believe it’s worth it, to dedicate your life to this.

I believe it’s worth everything you have.

It was a thrill when The Oregonian named me “One of 25 Oregon Authors Every Oregonian Must Read,“ alongside folks like Cheryl Strayed, Chuck Palanhiuk, Willy Vlautin, and one of my personal heroes, Ursula K. Le Guin. It was also a thrill when a book by one of my editing clients, Joyce Cherry Cresswell, won the Oregon Book Award—and another client, Aya de León, received an International Latino Book Award for her feminist climate fiction novel, Sidechick Nation.

These books touch on some of the most important issues of our day—the first by confronting homophobia in the Civil War era, the latter by revealing the rampant climate profiteering in the wake of Hurricane Maria. They’re in line with the stories that I strive to tell. Stories that are socially engaged.

I’m a founding coach with Jennie Nash’s Author Accelerator program, and each year, I present a variety of classes and workshops both online and in person. Find me online on Twitter, Facebook, and Instagram.

My father was born in Guyana; my mother was born in a small town near the coast of Lake Michigan. They met in the Caribbean, where they both worked on sailing ships, and moved to Hart, Michigan, where both my mother and grandmother were born, and where I was as well.

When my parents divorced, my father returned to the sea, and after that, I spent the school year with my mom, in the Midwest, and my vacations with my dad, first in the Caribbean and later in South Florida.

Another person who had a lot of impact on me as a storyteller was my maternal grandmother. She taught school in a one-room school house in the 1940s, loved (and wrote) poetry, and lived in a yellow brick farmhouse full of the antiques she collected–among them the complete Oz tales by L. Frank Baum, which I read again and again, along with virtually anything containing myths or fairytales. These stories are a deep well for storytellers that never run dry, and I draw from them in many ways in my creative work.

While I didn’t always fit in at school where I grew up, in rural West Michigan, I never lacked for friends, because I also grew up in an alternative community, which started as a natural foods co-op. The first generation of our co-op consists of baby boomers who went “back to the land” in the 1970s; these people are like aunts and uncles to me, and the kids I grew up with are like my cousins. They’re the reason you’ll find all sorts of alternative communities in my stories, full of dreamers and makers and builders and wild children making forts in the woods.

Later in life, I found other tribes—first at the Interlochen Arts Academy in northern Michigan, where I studied creative writing, and later at Prescott College for the Liberal Arts, the Environment, and Social Justice in Prescott, Arizona. Both of these are very special, very weird schools, and I’m grateful to the mentors and kindred spirits I found there.

In undergrad, I fell in love with the Arizona high country, and to this day, this part of the world remains a strong influence on my fiction. This was also the place where, in the late nineties, I met and joined a group of circus performers, with whom I traveled the country with a gypsy caravan and saw many unlikely things.

Naturally, the only thing I could do with any of this was to write stories.

This is the story behind my stories, the influences that shape my work–mainly fiction, but incorporating nonfiction and poetry as well. My chief values as a professional are:

2) curiosity and pleasure as the foundation of creative work

3) the responsibility of the artist to grapple with the significant issues of the day.

Interested in working with me as an editor or coach? We can start with Your First 50 Pages—or jump right in with a full manuscript project.

I prefer big talk to small talk, and I welcome your thoughts and questions on my life and work. You can find me on Twitter (@manzanitafire), Instagram (@defreitassusan), and Facebook.